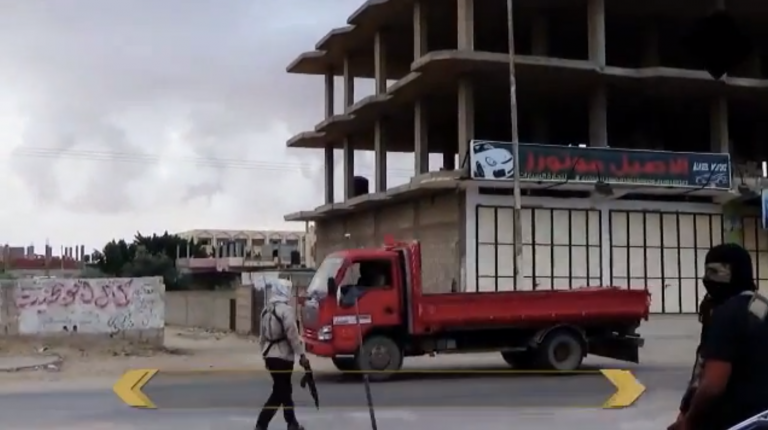 Militant group ‘State of Sinai’ released a 10-minute video showing masked gunmen inspecting vehicles at a gunpoint, on what appears to be a road in North Sinai.

The images show at least four heavily armed militants running a checkpoint and stopping cars and trucks. All militants are carrying automatic weapons and at least one has a rocket-propelled grenade launcher.

The video was allegedly shot on the Al-Arish Rafah international road on 14 December, according to the militants, with the aim of arresting “possible army spies.”

While Daily News Egypt was unable to confirm the location, the video contains considerable visual evidence suggesting that the road is indeed in Egypt. Walls in the background feature time-worn graffiti in support of candidates running in the 2011 parliamentary elections, and slogans of the now-banned Freedom and Justice Party. As the militants stop vehicles for inspection, the license plates are also clearly visible, including ones from the Cairo and Ismailia governorates.

In another scene, the video shows close up images of the “confessions” of alleged “armed forces informers”. A total of four men speak to the camera in the Sinai dialect of Egyptian colloquial Arabic, saying they revealed the names of militants to the army.

The video also contains images of alleged Sinai residents complaining about the government’s counterinsurgency operations.  A middle-aged woman wearing a niqab is filmed standing next to a bombed out house, with fire still smouldering in the rubble. Speaking in Sinai dialect, she complains that the armed forces destroyed her house, suspecting “it harboured terrorists”.

Images of uprooted olive groves taken from a moving vehicle show large scale destruction of farmland. A man, also speaking in a Sinai accent, only his eyes visible through a green chequered scarf, then accuses the army of destroying his trees. “The army should be brave enough to fight militants and stop attacking civilians and their property,” he said.

At the end of the video, the militant organisation claims that “what is happening to our families in Sinai is no mystery to the Muslim people, from forced displacement to destruction of homes and the killing of our Islamic identity”. 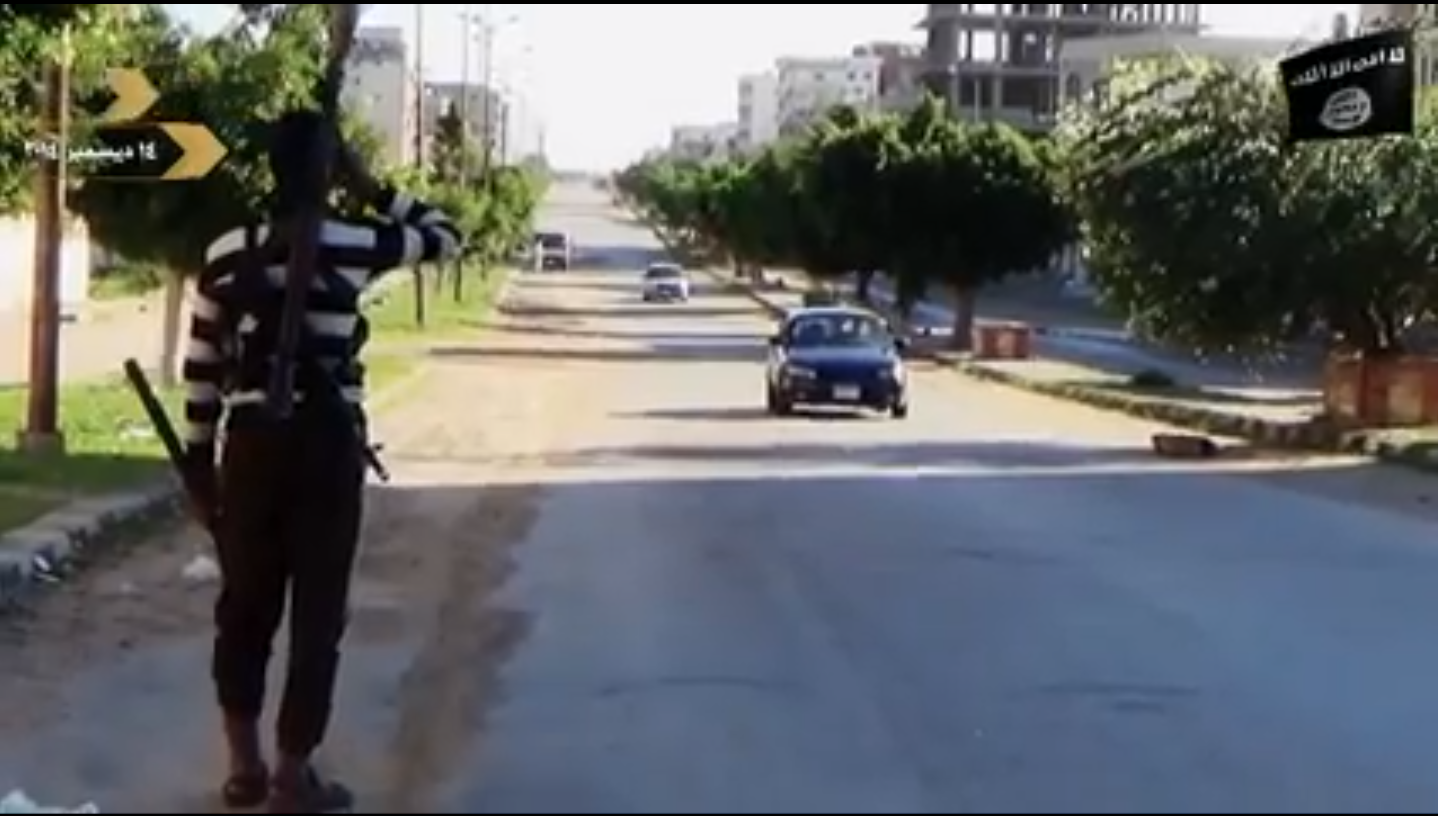 An armed forces spokesperson told Daily News Egypt that the video is “fabricated” and includes footage that might have been taken outside of Egypt. The spokesperson added that the militants have in the past claimed that they attacked a checkpoint near the border and “it was found that that the footage was from Syria”.

He added that the aim of the video is to “terrorise Sinai civilian residents and to stop them from cooperating with the armed forces”.

Zack Gold, a visiting fellow at the Institute for National Security Studies who monitors Sinai-based militant groups, said he had watched the footage and that it “seems like a legitimate video”. He noted, however, that “it is strange that it was not released through the previously known Twitter account”. According to Gold, it is possible that the organisation now has a new media arm.

Gold agreed with the armed forces spokesperson that the purpose of the video is propaganda. “It is a continued attempt to show that ‘State of Sinai’ is dominant and in control, and also to scare those who might talk to the army.”

According to Gold, Egypt’s armed forces should respond by “working in closer cooperation with the tribes and the local population to protect them from the militants”.

The survival of ‘State of Sinai’ is based on local support, and the group is treading a fine line between intimidating the population and maintaining that support,” he added.

In a separate development, an armed forces statement released Wednesday said five “terrorist elements” were killed during an exchange of fire in Sinai. The statement added that another 78 individuals were arrested during the course of military operations between 21 and 23 December.