Interviews ‘I sold 19 acres plus my car to be able to keep the hotel running for 4 years’: Hotel Chairman
Pin +1 WhatsApp Tweet Share Share Jobzella Email 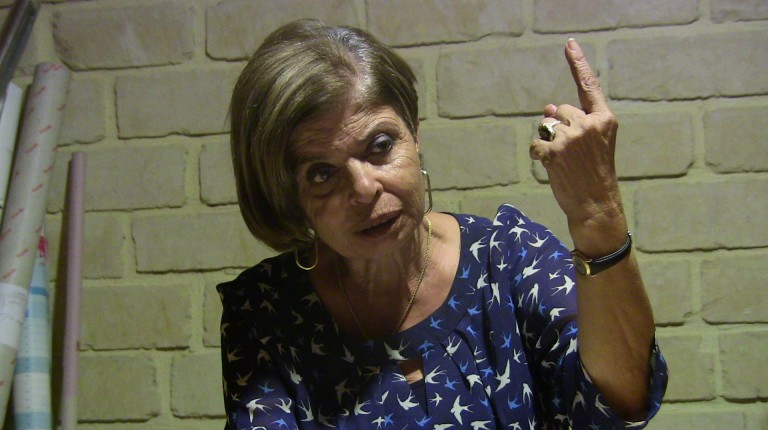 For the last three months, hotel occupancy at the Utopia Beach Hotel in Taba has been zero. But despite this, demands for insurance dues, bank benefits, and electricity and water bills payment are increasing, according to Chairman of Utopia For Real Estate & Tourism Investment, Nadia Shalaby.

“Since Eid Al-Adha, I have only worked five days and the electricity bill was at EGP 32,000,” Shalaby noted.

“I sold 19 acres as well as my car to keep the hotel open for four years. The situation is getting worse,” she said.

In an interview with Daily News Egypt, Shalaby said they did not lay off any workers and hope that the situation will change.

What are the room capacities and occupancies in the hotel?

The hotel capacity is at 68 rooms and occupancy is zero. There has not been a single visitor for the last three months.

The situation is severe, the burden is getting worse and the rates of loss are increasing with the fall-down in the tourism sector. The idea of closing the hotel is hard despite all of this.

I own this hotel and manage it, while my husband designed it, following the Pharaoh architectural style, combining Egyptian art of different eras. This place is my life, even after all these difficulties.

Since Eid Al-Adha, I have only worked 5 days. The hotel occupancy was at only 50% and the electricity bill was at EGP 32,000.

How do you see Taba as a tourist area?

Taba is incomparable to any other tourist area, but there is barely any publicity for the place. If the Ministry of Tourism exerts efforts to publicise for Taba, hotel occupancy would not have been zero in the Christmas season.

How do you deal with the burden during zero occupancy times?

I sold 19 acres as well as my car to be able to pay for the salaries for the last four years and part of the electricity and water bills. I do not know how I will manage for the coming period.

The situation cannot go on like this with the decline in the tourism sector. For the last four years, the hotel’s losses accounted to EGP 1.5m.

Despite all this, the governorate is demanding EGP 200 in cleaning fees per room. Workers clean inside and outside the hotel area and I cannot wait for the governorate workers to clean the place because it overlooks the international road.

The government currently sells electricity to the area hotels with 36.6 piasters/kW.

Do you believe that Egyptians fear visiting Taba?

No, the main reason behind the absence of Egyptians in the area is the lack of fast transportation. How can someone waste 20 hours in a round trip and risk their lives with the unpaved roads because of floods? Hurghada, Ain Sokhna, and Sharm El-Sheikh will definitely get more visitors this way.

Egyptians say that the price of stay is very high and this is why they do not visit. What do you say on that?

There is also something very important, and it is that Turkish companies monopolise the tourism market in Egypt, selling at prices of $20 to $27 per person. I worked with them for a while, but this does not even pay for the costs.

It is amazing that you manage the hotel by yourself, but isn’t this against the decision of the Ministry of Tourism to separate ownership from management?

This does not go against it. One of the reasons behind the collapse of the tourism sector is that international companies earn a huge sum of money and give Egyptians the bare minimum.

It is impossible that there are no Egyptians able to manage their hotels. This is very disappointing. Spain does not have any management companies, and hotel owners manage their own hotels.

Your hotel is roughly 2,000 metres away from the borders with Eilat city. What are your views on this?

It is very sad to see that competitors are working just fine while you are struggling for work. Rooms in the Gulf of Aqaba are sold at more than $300, as well as Eilat, while here the occupancy is zero.

Do Israelis come to the place?

I don’t like to talk about politics, but they do. And ’48 Arabs also visit, as well as Egyptians.

What are your demands from the government?

The government has to support the tourism sector, because the sector can improve the economic situation especially in these days. One of the main places that supports tourism is Taba.

The government also has to give notice for the payment of dues until recovery.