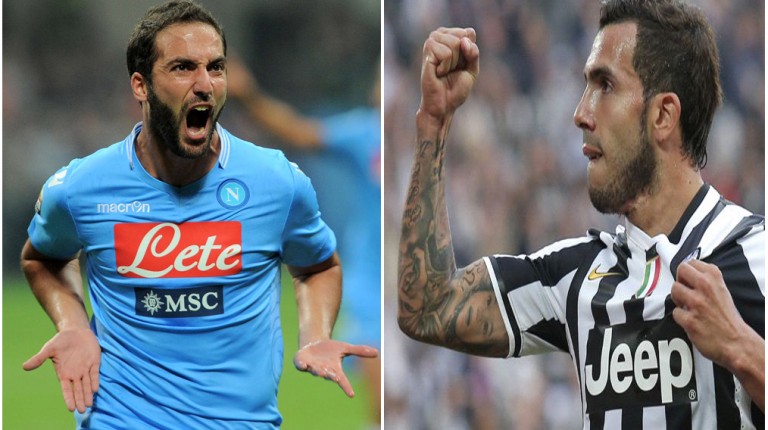 Napoli won the Italian Super Cup title after beating Juventus in a match held in Qatari capital, Doha, at the Jassim bin Hamad Stadium. The team beat its opponent on penalties, winning 6 against 5 after the match ended with a 1/1 tie during the original time then with 2/2 in extra time.

Napoli has not won the Italian Super cup title since the 1990/1991 season, with this title win considered the second in the team’s history. It is a lost opportunity for Juventus to win the title for the seventh time in the team’s history, and the third time consecutively.

Carlos Teves put Juventus ahead twice, but Argentine Gonzalo Higuain managed to make it a tie for Napoli at 2/2, leaving it up to penalty kicks to seal the game. Tevez has resolved the confrontation in favour of Juventus by a low-shot goal during extra time, but Higuain scored a goal that gave the match a different thrilling ending.

In penalty kicks, Juventus goalkeeper Gianluigi Buffon saved three, but that was not enough to save his team after the wasting of four penalty kicks. Penalties were tense for both teams with Teves wasting his kick on one hand, and Joginho wasting his on the other hand.

Kalifa Coulibaly put Napoli ahead by 5/6, and goalkeeper Rafael has saved a kick from Simone Padoin, making fans of Napoli celebrate an unforgettable triumph.

The last time both teams met was in the 2012 Super Cup when Juventus won in Bejing.