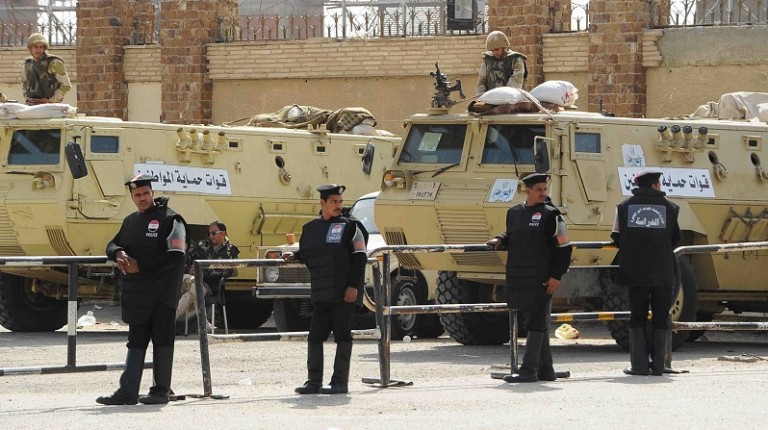 A policeman was killed and another injured in a drive-by shooting in Mohandesin on Saturday morning, according to a ministry of interior spokesperson.

Two gunmen on a motorcycle opened fire on the policemen, who were guarding the HSBC and Union National Bank branches in Sphinx square in Mohandesin, Giza.
The attacks resulted in the death of policeman Mohamed Abdel Moniem, who was guarding the HSBC branch, and the injury of Al-Shahat Abdel Hafiz, who was guarding the other bank, state news agency MENA reported.
Abdel Hafiz was transferred to Agouza hospital. The attackers escaped.
“Armed men on a motorcycle opened fire on the police before fleeing”, said Ministry of Interior’s spokesman Hany Abdel Latif, according to AFP.
Drive-by shootings targeting police and army personnel have become relatively frequent in Egypt since the ousting of Islamist president Mohamed Morsi in June 2013.
The vast majority of attacks took place in Sinai, though drive-by shootings have occurred throughout the country. Earlier this month, similar attacks killed three security personnel, two in Sinai and one in Alexandria. In another incident on 21 December, militants on a motorbike fired multiple shots at a military officer in El-Marg, north-east of Cairo.