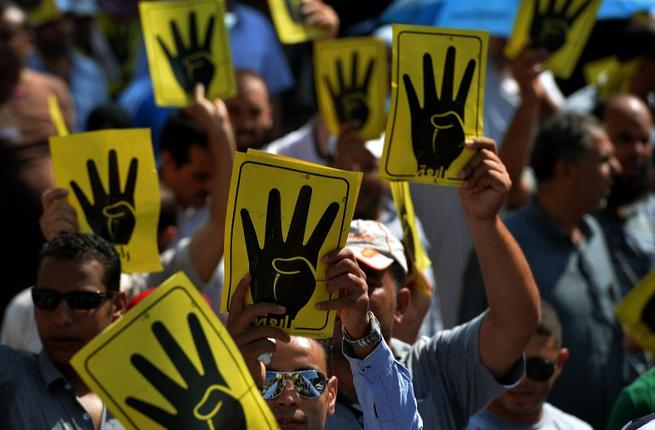 The 400 detainees are accused in 50 cases of rioting, protesting without permits, and carrying flyers and brochures inciting against the police and the military.

The report added that three court circuits designated to “terrorism-related cases” have been set up in Zagazig and Belbeis.

In October, the Egyptian cabinet announced a tentative proposal to give military courts the capacity to look into terrorism cases that “jeopardise the country’s security”, according to the state-owned Al-Ahram newspaper.

On 15 December, 300 Muslim Brotherhood figures and members were referred to military court for allegedly inciting violence and torching an Ismailia court house building in July 2013.

The Hisham Mubarak Law Center claimed that four of the female defendants are high school students.

Earlier in December Egyptian prosecution referred another 439 defendants to military court, on charges of inciting violence.

The Attorney General added that anyone involved in cases related to disrupting state-institutions or assaulting the military or the police will automatically be referred to military court.

The series of military court referrals comes after rights groups in Egypt issued a statement in October condemning a presidential decree allowing the judicial expansion of military courts. The expansion now includes crimes against “vital” state properties and roads.

The Egyptian Initiative for Personal Rights said in a joint October statement that the decree “seriously jeopardises citizens’ right to fair trials and further aggravates the current crisis of the Egyptian justice system”.