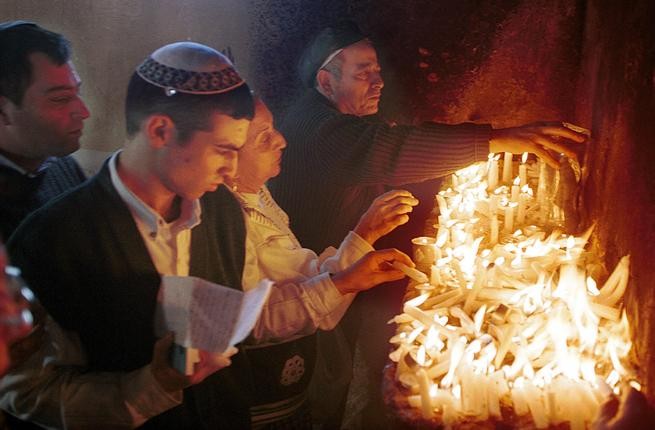 For a long time, Egypt has been a containing mother for all three monotheistic religions: Islam, Christianity and Jewish.  It is  normal for those raised in Egypt to see Muslims celebrating Christmas and Christians waiting until sunset to eat with Muslims in Ramadan.

Even though there have been few Jews living in Egypt since the 1948 creation of Israel, they still have their communities, synagogues and religious celebrations.

An administrative judicial court in Alexandria issued a verdict cancelling the celebrations of a “Mouled” for famous Jewish cleric, Rabbi Yaakov Abuhatzeira, whom is known in Egypt as Abo-Haseira. The decision compelled the Ministry of Antiquities to remove the shrine from the national antiques records and inform the World Heritage Committee in UNESCO, according to Al-Ahram newspaper.

“Mouled” is an annual Egyptian tradition celebrating clerics in different religions where visits are paid to the cleric’s tomb alongside the performing of certain rituals. These include distributing different kinds of food and the performance of sacrificial slaughters, according to each religion.

The court ended the conflict, by making the tomb an Islamic and Coptic monument in Egypt, by denying the decision the Ministry of Culture tried to issue in 2001.

Back then, that ministry tried to include the tomb on the list of Ancient Egyptian antiques, but a few years later the court issued a verdict refusing that. On the 28 December it denied the whole decision.

Even though the shrine is attributed to a Jewish rabbi, it was under the supervision of the Islamic and Coptic section in the Ministry of Culture, said Mohssen Rabie, former general director of Jewish Antiquities.

Moreover, the court refused that the remains of the shrine be moved to Israel for its incompatibility with the principle of digging up graves in Islam. It considered the Israeli request to UNESCO of moving the tomb to Jerusalem is a disregard for the Egyptian authorities.

Egyptian media reported that unethical actions happen during the annual celebrations that are against the Egyptian culture.

The controversy around the Mouled for Rabbi Yaakov Abuhatzeira is not new, as the Egyptian authorities have stopped people from attending the celebrations since 2012 due to security concerns.

The court issued the verdict, while the constitution ensures the right of Jewish beliefs as it says that “citizens are equal in front of the law. They have equal rights, freedoms and duties. No discrimination among citizens is allowed, whether due to religion, belief, gender, origin, race, colour, language, disability, social class, political orientation, or any other reason”.

The constitution adds that: “Freedom of belief is guaranteed. Freedom of practicing religious rituals and building and worship places for the Abrahamic religions (Islam, Christianity, and Judaism) is a right regulated by the law.”

The Abo Hasira Mouled celebrations used to take place annually in a village near to Damanhour, in Beheira governorate,  where the tomb is located. It is frequently attended by hundreds of devotees from around the globe, including Israel, Morocco and France.

Abo Hasira was born in 1806, in Morocco. The Jewish legend says he headed into Palestine to visit sacred places and during the trip his boat sank. What saved him from death was a ”Hasira” (a small blanket), at which point he headed to Egypt, where he died and was buried in Damanhour village in 1808.

He was named the king of humanity and the lion of darkness.