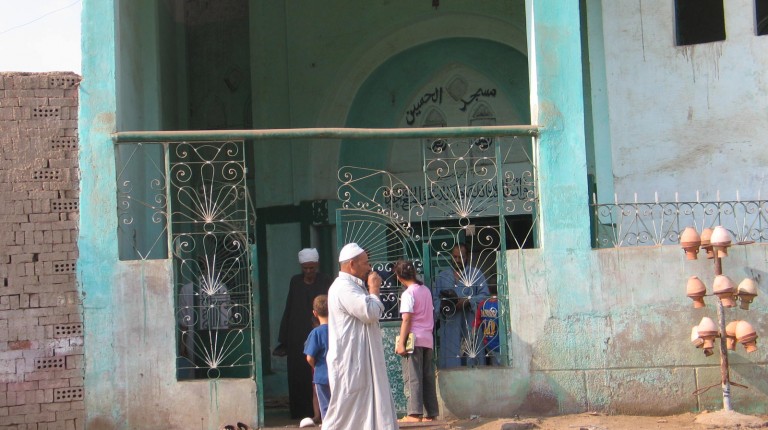 Daily News Egypt visited mosques and churches to learn of the demands of Coptic Christians, Salafis, and other sects that fall outside the state-endorsed Azharite vision of Islam.

The demands range from basic ones such as health and education that were once provided by religious institutions that have been shut down, to more factional demands, such as security for the large Christian minority that was subjected to numerous attacks in recent years.

While Sunni Islam constitutes the majority of Egyptians, along with the latest changes the country’s political scene has been witnessing, a number of sub-divisions that were unknown before the revolution have started to grow. For example Salafism was usually connected to conservative Sunni Muslims, but after the revolution, the Salafi identity stood as a main pillar of both the social and political atmosphere in Egypt.

Mohamed El-Moustafa, a Muslim preacher at a mosque in the Ain Shams neighbourhood in Cairo, said the latest Ministry of Religious Endowments measures to control all major mosques are flawed.

“Preaching should depend on the audience. It does not make sense to have the same sermon for the residents of high-end neighbourhoods and for Muslims living in popular slums,” he said.

In early 2014, the Ministry of Religious Endowments affirmed its official responsibility for Friday prayers and rites. In an attempt to counter the control of Islamist groups on mosques, the ministry announced it would decide the topics discussed in all Egyptian mosques during the Friday prayer speech. Under the new policy, the ministry releases a monthly plan on its website with the topics to be discussed every Friday, followed by a more detailed description for each topic, which is released weekly. Also, the ministry vowed that it will hold accountable imams who do not adhere to the new topics.

The ministry also assigned a ministerial preacher to each major mosque and proceeded to ban 12,000 imams who were not certified by Al-Azhar from delivering sermons. They were replaced with 17,248 qualified imams with degrees from Al-Azhar who applied to the ministry for the positions.

Abu Zayed, a plumber, said that the ministry’s policies forced closure of small independent mosques, many of which also had charity centres and medical clinics. Zayed said this was a mistake.

The ministry has also attempted to limit the presence of “religious NGOs with a political agenda”, on the grounds that they constitute a threat to the stability of the country.

While citing different cases where political parties utilised religious institutions to reach their objectives, the ministry asserted that Al-Azhar is the only religious institution which is constitutionally responsible for Islamic affairs in the country, including the Friday sermons, religious lessons in mosques, and “advocating a moderate Islamic rhetoric.”

The ministry also advised that NGOs should focus on social, development, and humanitarian issues.

Al-Jamia Al-Shariea, an NGO accused of having links to the Brotherhood was shut down, with its assets frozen. An Egyptian court is expected to release a final verdict on the organization on 15 January 2015.

Ismail, a student in Al-Azhar University, said that during the rule of former president Mohamed Morsi, small scale religious lessons were very common in small mosques, attracting men, women, and children. “Many promising young Azhari students used to volunteer to give lessons to the people and organise study circles to read and memorise the Quran.”

Ismail considers himself a follower of Salafism, asserted that “Salafi political organisations have abandoned proselytising and focused on politics”.

“Nowadays the Ministry of Religious Endowments prevents any lessons by non-ministry workers. Even young preachers are afraid they might get arrested by the ministry inspectors who now are granted the rights to arrest civilians.” Last October, the ministry granted the first batch of endowments inspectors the right to arrest any civilian who violates religious speech law and regulations inside mosques, “aiming to ensure the religious speeches at mosques do not contain political elements”.

Another young man, who agreed to speak on condition of anonymity, said that he did not recognise the current government as legitimate, and demanded its downfall. He added that he does not belong to any group but said he supported the latest call by “revolutionary groups to protest on the 25 of January”.

Sobhi, a government employee, disagreed, saying that the state will be able to provide welfare to the masses only if strikes and protests end. He demanded that the next parliament, which will be formed after the upcoming elections, should focus on education, unemployment, and street children.

Around Zeitoun’s Virgin Mary Church in East Cairo, heavily equipped security personnel stand guard. There are small shops owned by Coptic traders, varying from stationeries, to a bakery, to a boutique, and a Christian bookshop.

Sameh, 30, a worker in a Christian bookshop, said that in the current situation, security seems to be the most relevant demand. Nowadays, violence does not differentiate between Muslims and Christians, he added. Sameh takes the metro every day from Shubra to Zeitoun to go to work. He added that amid the threats by radical groups to attack Christians and their properties, he does not feel safe.

“However, there is not only fear of the Islamists, but also fear of the police, especially low ranks who are notorious for behaving violently with citizens,” he said. Last week, an argument broke out between a shop keeper and a police sergeant, which resulted in the former being detained.

When asked about possible demands from the government, Ghabrial, 23, a student said that the question is discriminatory. “We are Egyptians before we are Copts. To ask what Christians want from the government means that they are either inferior or superior to other sects living in the country, which is not true,” he added.

Although Ghabrial is not secular and goes to church every Sunday, as well as attending educational Coptic Scouts organised by the Church for young people, he said the government does not discriminate between its citizens when it comes to oppression. “In the long bread lines, hospitals, and bureaucratic offices, everyone is equal,” he said.

Ghabrial stand for hours in the line to treat his sick son, who is suffering from leukaemia.

He said: “The Church helps sometimes, but it is not its role to support the sick. The government should take care of its citizens who pay taxes.”

Although Egyptians have health insurance, Ghabrial said that the service is worsening and employees are treating patients in an unprofessional way.

As the parliamentary elections are expected to take place before March 2015, Ghabrial will vote for the Free Egyptians Party. “It is the only party until now that is reaching to the people; whether by help or by campaigns.”

“I think the people will vote for whomever preaches stability and development. Revolutionary parties do not provide an alternative to the government.”

Amir, 32, a computer engineer, agreed with Sameh, saying that after the ouster of Morsi and “political turmoil the country has experience since 2011, the people will vote for anyone who keeps them safe and stable, even if they are former members of the National Democratic Party (NDP)”.

The media has been reporting that many Mubarak-era politicians are planning to run for elections in the individual lists.

In the densely populated neighbourhood of Shubra, Abanoub, a church security guard, says that Christians in the urban areas are much better off than in rural areas. “Yes some members of the Christian population are poor and in need of jobs,” he said. “Nevertheless, Copts in Upper Egypt are suffering. The majority are suffering, with almost no shelter, food, or basic human needs.”

Abanoub has been working in different churches in Cairo and Giza since he was 19. He added that Copts in Upper Egypt also suffer from a lack of churches, since a large number of them were destroyed in the post-Rabaa dispersal violence.

“The burned chapels and churches were not only places worship for Christians, but also charity and medical care institutions for them, amid a complete absence from the government,” he added.

Mikhael, a government employee from Sohag, agrees, saying that Copts in Upper Egypt are still subjected to violence by fanatics and assailants. He says he has witnessed two major incidents of religious strife, where tens were killed.

“In 1999, an argument between a Muslim and a Christian resulted in the murder of 19 Christians, where the government didn’t intervene,” he said. “Currently the same is happening, where many Christians who are known to be wealthy are kidnapped by unknown assailants who ask for a ransom. When the families contact the police, they are advised to pay.”

Mikhael added that these violations are “unheard of in the Egyptian media”, which only focuses on nationalistic rhetoric.

Fady Youssef, head of the Egypt’s Copts Coalition, said that the Ministry of Interior should “abandon all the propaganda statements, where they argue that Churches are well secured in anticipation of any attacks”.

He added that last week a tourism bus owned by a church was torched by unknown assailants. “In Sinai, the situation is more alarming. Christians and their churches are being targeted by both criminals and extremists amid the Ministry of Interior’s inefficiency and inability to stop such attacks,” Youssef continued.

“Kidnappings of this kind have been taking place since the beginning of the revolution; with the families usually resorting to paying the ransom, as they do not find the security measures taken by the police efficient enough.”

In Upper Egypt, while Christians make up a high percentage of population, “more than 70 cases of kidnappings took place amid a state of lawlessness, which leaves Christians vulnerable”, Youssef said.

However, Nader, a resident of Zamalek, said that the current government is already pressured by a violent fight with militant groups in Sinai and in different parts of the country. Stability is a major demand for both local and international purposes.

Nader, who frequents El Mar’ashly Church, stressed the need for the government to attract foreign investment, adding that relying on publically financed projects is “not a smart decision”.

He added that the state should create a safe and appealing environment for multinational companies to hold major projects in Egypt.