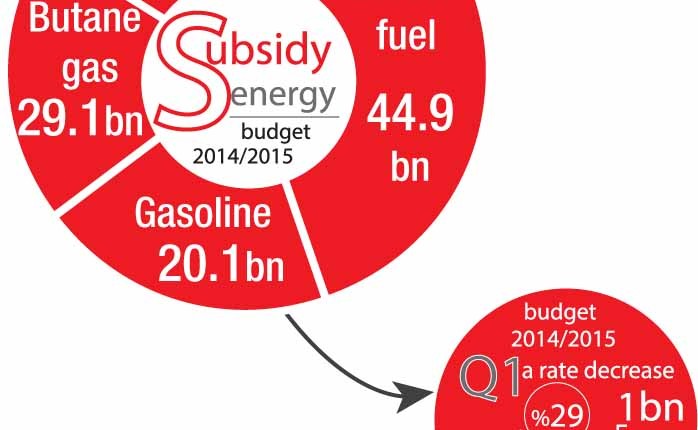 In 2012, the Egyptian government undertook many difficult economic decisions, to meet the budget deficit and the sharp increase in domestic debt.

The government reduced energy-oriented support to reach EGP 100.3bn in the new budget of fiscal year (FY) 2014/2015, to reduce expenses and move towards austerity.

Economic scholar at the Carnegie Middle East Center Amr Adly told Daily News Egypt that the government’s decisions were not enough. Instead, he said it should treat the economic crisis by developing a comprehensive economic plan, rather than temporary fiscal and monetary management to save the value of the Egyptian pound.

The most important of these decisions are:

Raising the prices of petroleum products

Amr Adly said the government had to cut subsidies, as it is the largest cost in the state budget. It has consequently raised oil prices and restructured the petroleum sector in order to accommodate the inflationary impact of the economy.

The government restructured electricity prices, leading to the elimination of subsidies across several stages for over five years. The change takes into account the social dimension of low-income people, and providing electricity for the middle class at no more than its costing price.

At the beginning of FY 2014/2015, the price of electricity for home use ranged between 7.5 piastres per kilowatt per hour (kW/h) for consumption from zero to 50kW. The price gradually increased to reach EGP 0.74 at the maximum for more than 1,000 kW/h.

Water supply amounted to about about EGP 800m, according to the current national budget.  Water tariffs were raised on higher-income citizens who use more than 20 m3 per month.

The minimum and maximum wage

The maximum wage for any governmental employee amounted to EGP 42,000 per month, which represents thirty-five times the minimum wage (EGP 1,200).

Amr Adly said it was necessary for the maximum wage to be applied by law not by a presidential decree on all state institutions, and the public and private sectors. This is in addition to restructuring the governmental sectors and monitoring the application of the minimum and maximum wages.

Gouda added that there is no law for wages reform to put the basic wage to be at least 80% of the income, and for additional income to be no more than 20%.

The government imposed a new surtax, the “wealth tax” for the first time, valued at 5%, on individuals whose annual income is more than EGP 1m.  Wealth taxpayers can pay through funding projects in the fields of education, health, agriculture, housing and infrastructure in various governorates nationwide.

Salah Gouda said that the government has not yet explained these projects and the procedures of payment; therefore this tax is inoperative.

The government also decided to impose a tax of 10% on capital gains on the Egyptian Stock Exchange (EGX), raising the tax on liquor to 200%, and 50% on cigarettes.

Member of the Tenth of Ramadan Investors Association Abdallah Hilmy said that the EGX tax would not encourage new companies to get involved in the stock market, thus reducing the investment. He added that this confirms that these decisions are not well thought out and will negatively affect the investment climate.

President Al-Sisi launched the “Long live Egypt” Fund to support the Egyptian economy, urging Egyptians to donate to boost production and use the fund’s returns in developmental projects for youth. Al-Sisi declared that he would donate half his fortune and his salary to the fund, and urged businessmen to donate.