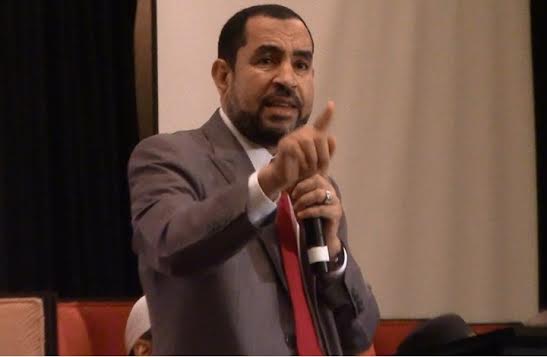 Dead, imprisoned, exiled or forced underground, Muslim Brotherhood members, activists, and sympathizers are today arguably under even greater pressure than at the time of Gamal Abdel Nasser.

Since the ouster of Muslim Brotherhood President Mohamed Morsi in July 2013, many of the organisations’ leaders have been arrested, along with thousands of real or perceived supporters.

The Brotherhood was officially designated a terrorist organisation in a December 2013 cabinet decree, and the decision was upheld, by court order, in February 2014.

Abdul Mawgoud Dardery, former spokesperson to the Foreign Relations Committee of the Muslim Brotherhood-affiliated Freedom and Justice Party (FJP) who now lives in the US, said he wanted to see Al-Sisi “go back to the barracks to defend Egypt’s borders”. He added this should happen sooner rather than later, “because Egypt deserves a democratic civilian rule”.

“It is a universal fact that there is no hope for reforms in Egypt under military rule,” said Dardery.

But what other requests is the Muslim Brotherhood pressing for?

Wafaa Al-Banna, granddaughter of Muslim Brotherhood founder Hassan Al-Banna and a spokesperson for the organisation, demanded “the end of oppression” in Egypt.

Al-Banna said “the Egyptian government and its institutions are currently subject to the whims of the military.  It’s worse than under [former president Hosni] Mubarak.”

While she did not advocate regime change, Al-Banna said: “If Al-Sisi wants to be a real leader, he has to ask for forgiveness from the people killed and their relatives”. She added the Egyptian people have, in the past, forgiven leaders who “did worse”.

Al-Banna also had strong demands about government policy towards students and young activists: “Keep off the youth. The youth know exactly what they want and they are on the right path.”

The youth represent Egypt’s hope, according to Al-Banna, and whether the government leaves them alone or not, they will continue to fight. “The more he [Al-Sisi] oppresses them, the harsher they become.”

Calls for democracy and a reformed judiciary were on top of the youth’s demand list.

Brotherhood member Abou El-Nasr (22), who was detained for several months for participating in unauthorised protests, said: “I want him to open squares for demonstrations, because demonstrations are the reason behind his legitimacy. I want him to stop the killing and imprisonment of the honourable sons of Egypt.”

Abou El-Nasr added: “Al-Sisi usurped power and took advantage of Egypt’s army. I want the army back to its role of protecting the country.”

AW, another Muslim Brotherhood member, who declined to reveal his full name, said: “I want the people [Al-Sisi] killed back. I want him to release those imprisoned. I want every person who contributed to the killing of innocent people to face trial.” He was referring to the violent dispersal of protests, including the large sit-ins in Rabaa Al-Adaweya and Al-Nahda Squares in August 2013, which left hundreds dead.

Al-Sisi, Abou El-Nasr went on to say “shed sacred blood, broke pledges, used the judiciary, monopolised the media, and allowed the police to go back to insulting and arresting the purest men”. Abou El-Nasr argued that the role of the armed forces should be that of protecting Egypt from its enemies, rather than being involved in domestic politics.

After nearly two and a half years of streets empty of police since the 25 January Revolution, Interior Minister Mohamed Ibrahim re-established the police forces’ presence alongside Al-Sisi’s armed forces during Morsi’s ouster. About 40,000 people are currently detained on political charges, and the Brotherhood claims 28,000 of them are its members.

Sara El-Sheikh of the No Military Trials for Civilians group said that over 20,000 civilians are facing military courts.

AG, who requested anonymity, asks for complete substitution for the corrupt judiciary by those who apply the law fairly without being biased to those in power.

AHM, who also requested anonymity, called for “the release of all my friends and prisoners, students and non-students”.

She said she wanted “the downfall of the authoritarian regime” and to see the emergence of civilian leadership in its place. Democracy, she argued, would foster understanding and close the gap between the government and the people. She added that she also wanted “retribution for all the martyrs of the nation, from 25 January 2011 to this day”.

AHM said students expelled for protesting should be allowed to return to classes, and that several measures have been taken to limit political participation in universities.

“Nobody is allowed to act professionally. At universities, no one can act as an academic,” she said, adding that the judicial system is “politicised and unfair”.

SN, a Muslim Brotherhood supporter who elected Morsi in the second round not as a first choice, demands that all the prisons get emptied from those who are imprisoned for political differences. “I want the democratic life to be normal,” she said.

“As a democratic country that respects votes, elections, and democracy”, she asked that Morsi complete his ruling period and that the winning party in the [2012] parliament to proceed and take their chance by finishing their four year term. “I would ask for this even if it was not for the Muslim Brotherhood”.

But according to Al-Banna, Morsi has become a symbol of the 25 January Revolution. Ultimately, though, she said that the people’s demands are not about Morsi. “It is about the right to choose.”

Al-Banna said: “Al-Sisi should start by getting the Al Jazeera journalists out of prison.” She said the continuous detention of the journalists is tarnishing Egypt’s global reputation.

She also said that women are not safe under the current rule, and that they and their children have no rights. She said that this is not an Egypt people want to live in. “We want a civil country.”

“The Muslim Brotherhood should be treated fairly, as Egyptians and not as terrorists. We all know who the real terrorists are,” AG said.

SN wants to see Egypt free from injustice, corruption, poverty, and tyranny, and its economy on the rise again. “I pray to see all people happy and living a humanitarian life…with good education, and a better life,” SN said. “I pray to see Egypt as before, the most beautiful and powerful country in the world.”