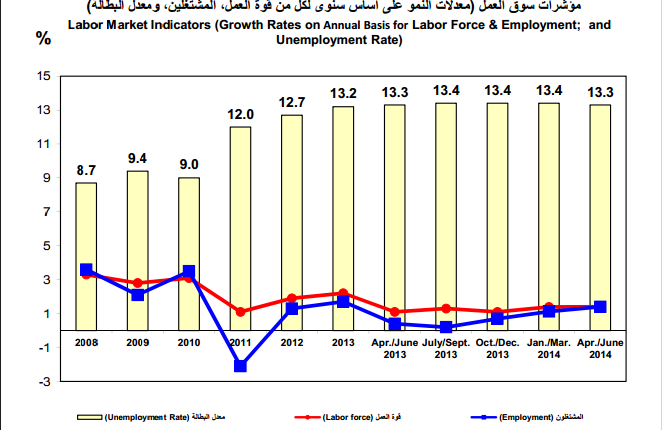 President Abdel Fattah Al-Sisi made several economic promises to Egyptians prior to his election. Daily News Egypt reviews the goals set and analyses how far along they are from realisation.

Prior to election, then-political candidate Al-Sisi cited “national security” concerns for not sharing his detailed vision. Al-Sisi stated that only the broad lines of his five-year plan will be mentioned without details to avoid “schemers” being attracted to his plan. The delay in releasing the platform raised several questions, and resulted in condemnation from the Association for Freedom of Thought and Expression (AFTE).

The economic platform was released on 20 May, but the plan was removed from the official website, then republished soon after. As he previously announced, Al-Sisi’s economic plans did not specify how many projects would be included, with the majority of the goals set for the fiscal year (FY) 2017/2018. 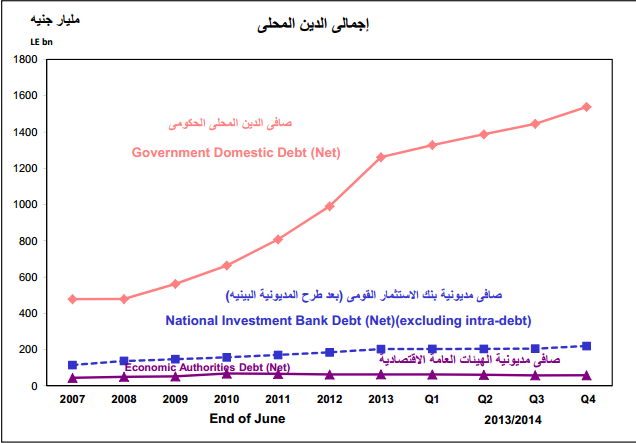 Investment Minister Ashraf Salman changed some of the targets previously announced in Al-Sisi’s platform. He stated that the target for GDP is 6% while the target budget deficit is to be lower than 10% of GDP.

Salman set a new target, however, stating that Egypt is targeting $15bn in foreign direct investment (FDI) during FY 2017/2018.

Overall growth rate rose during the first quarter (Q1) of FY 2014/2015 by 6.8%, registering 1.1% GDP growth, according to Minister of Planning Ashraf El-Araby. The minister stated that the targeted growth rate of the current fiscal year, which is 3.5%, might be surpassed to reach 3.8%.

The International Monetary Fund predicts that the growth for FY 2014/2015 will be 3.8%. For the budget deficit, the IMF estimates that it will reach 11% of GDP. 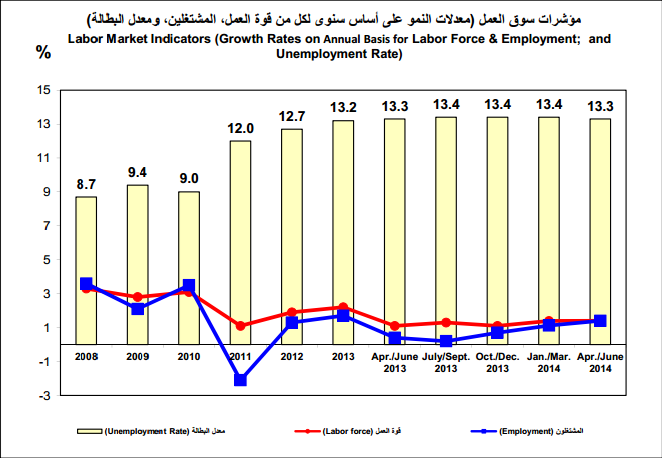 Discussing unemployment, Al-Sisi stated that he aims to decrease unemployment to 8% by FY 2017/2018. Slow progress has been witnessed in this area, however.

In October, a study released by the World Bank suggested that, in Egypt, the employment growth drops by 1.4% annually when connected firms enter new, previously competitive sectors

The Ministry of Manpower and Immigration announced in December that approximately 592,000 workers signed contracts to work abroad between January and November 2014, with over 400,000 of those signed between March and November.

In September, tourists numbered some 883,000, while in October that figure increased to over one million tourists. 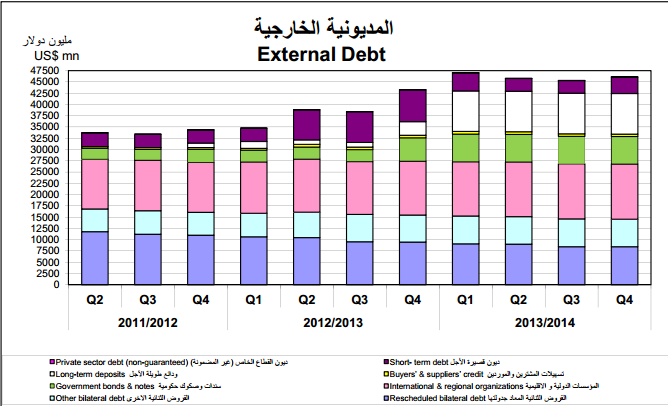 A minimal improvement was noticed by the end of September when the reserves registered a $36m increase compared to the previous month, amounting to $16.872bn.

By the end of November, the international reserves plummeted to $15.8bn, which was a $1.1bn decrease from the $16.9bn registered at the end of October.