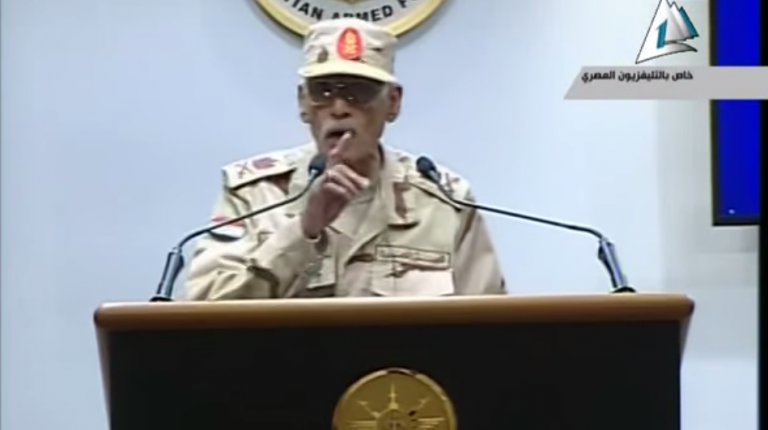 High-profile lawyer Khaled Abou Bakr filed a lawsuit against army officials who promoted the controversial AIDS and Hepatitis C curing device in 2014, he announced on his Twitter account on Sunday.

The lawsuit was submitted on the grounds that they manipulated and failed to deliver their promise to the Egyptian people.

In his published complaint addressed to Prosecutor General Hisham Barakat, Abou Bakr said that in March, the army opened up the formal application route from patients. They promised to deliver the cure by 30 June followed by a six-month postponement notice on that date, but applicants have yet to see any results.

In February 2014, Abdel Atty announced he reached a cure for AIDS and Hepatitis C with 100% guaranteed results, saying: “I promise you that after today there will be no more Virus C patients.”

The announcement was made in the presence of then-defence minister Abdel Fattah Al-Sisi and former interim president Adly Mansour. Maj. Taher Abdullah, former head of the Armed Forces Engineering Authority (AFEA), spoke of medical and scientific achievement at the institution.

Shortly after, controversy erupted among scientists who expressed scepticism about the alleged cure. Egyptian scientist and former presidential advisor Essam Heggy told the press here were no scientific grounds for that cure, adding that “it would reflect badly on Egyptian scientists’ reputation across the globe”.

Army officials, journalists, activists and scientists exchanged back-and-forth accusations in the media following information that the army was launching investigations on the curing device. This would be done through an assigned scientific committee, although Abdullah denied this to the press.

Abou Bakr included Abdullah in his lawsuit, in addition to Dr Ahmed Moanes, a digestive and liver specialist at Ain Shams University’s Faculty of Medicine. The lawsuit said Moanes spoke on behalf of the committee expressing their scepticism, yet kept defending the cure in the media.

Some media reports said that Abdel Atty was neither scientifically certified nor given the military rank as an honorary title. Despite this, Abdel Atty appeared alongside a group of men on a televised programme to speak about his ‘invention’ in military uniforms. Activists said “he had embarrassed the army”.

Abou Bakr demanded compensation for the poor, helpless patients, who gave up their original treatment plans following high hopes in light of the army’s announced breakthrough.

Surgeon-turned-satirist Bassem Youssef repeatedly mocked the “invention” on his television show, often adding a digital time ticker on the screen to remind the audience of the army’s deadline promises.

A year before the army’s device invention was made public, it was reported that an army official had developed a detection device for Hepatitis C, known as C-fast. Scientists’ opinions from all over the world had were divided between confirmation that the device actually worked, has been tested and was a breakthrough, while others remained sceptical, according to interviews published by The Guardian in February 2013.

There are approximately 40,000 deaths from Hepatitis C and approximately 165,000 new cases in Egypt every year, according to remarks made in July 2014 by Dr Henk Bekedam, World Health Organization (WHO) representative in Egypt.