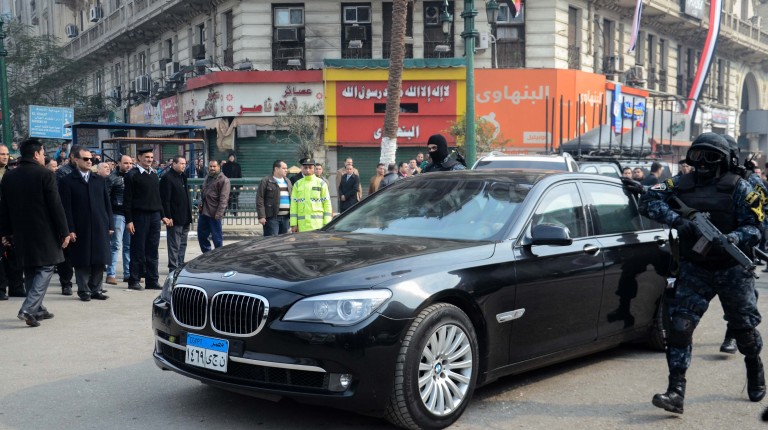 Al-Sisi met with members of the Supreme Judiciary Council, before delivering a speech in which he reaffirmed the independence of the judiciary.

“I was keen, since I took responsibility, on reaffirming judiciary independence,” he said in front of a large audience of judges and general prosecution officials. He added that he trusts Egyptian judiciary to be able to deal with threats to society.

He also said that the current “constructing phase” requires re-doubled efforts and that the rule of law is the “governing base” to this phase.

The speech also tackled Al-Sisi’s decree to form a Higher Committee for Legislative Reform, which Al-Sisi highlighted its importance as he said it was one the first decrees he issued.

Al-Sisi thanked the judiciary, as it is “aware of its tasks, the importance of its role and the huge responsibility it carries”.

Head of the Supreme Judiciary Council Judge Mohamed Abdelrahim said that the president stood by judges  against “attempts of intervention from some countries that wanted to comment on some verdicts they didn’t like and asked not to enforce them”.

Abdelrahim also confirmed the independence of judiciary, saying that there is no intervention in judicial affairs.

The Egyptian president talked previously about “not interfering in judiciary verdicts”, and he mentioned this stance regarding the case of the three Al Jazeera journalists imprisoned in Egypt. He also used the same comment upon the acquittal of former president Hosni Mubarak.

Human rights lawyer and Lawyers Network Director at The Egyptian Centre for Economic and Social Rights Malek Adly said that the meeting of the head of executive authority with the judiciary authority to praise each other is something that “only happens in Egypt”.

Adly added that the meeting, in addition to recent statements by Minister of Interior Mohamed Ibrahim in which he said Egypt witnesses “the golden era of association, joining forces and cooperation between state’s authorities; Army, Police and Judiciary”, reflects that the judiciary is within the grips of the executive authority.

He also added that appointment decrees come after “security clearances”, which means “we do not have an independent Judiciary”.

Adly asserted that “when the most senior judges in the country sit with the president to praise each other, we can’t guarantee their neutrality if the executive authority is a part of a legal dispute.”

He added that this meeting recalls similar meetings during Mubarak’s era, before concluding: “After the revolution we were expecting judges to refuse such meetings, or at least not to play the hypocrite.”