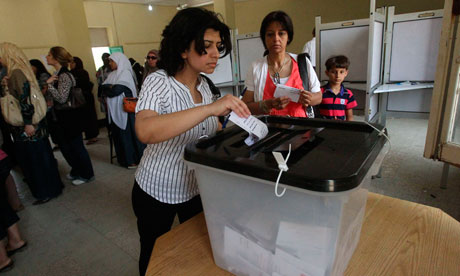 Ahead of the 2015 parliamentary elections, which will begin on 22 March, the Supreme Electoral Commission (SEC) announced the regulations for media coverage of the elections, state-run media reported.

SEC had said in December that all local media registered at the Supreme Council of Press (SCP) and foreign media registered with the State Information System (SIS) will be able to cover the elections. SEC established the following basic rules and regulations for media coverage of the elections:

The SEC also specified regulations for conducting opinion polls and surveys. The institution conducting a survey should: provide full transparent information about itself; the funding organisation of the survey; the size and location of the selected sample; the methods used in collecting information; the date of the research and polls; and the error margin.

It is completely forbidden to conduct surveys three days before the voting process starts.

Despite voters’ announced schedule, the door for candidates to apply has not been opened yet. SEC President Judge Ayman Abbas stated in the Thursday press conference that the committee is entitled to 30 days to make announcements to candidates.

The SEC’s first press conference was to invite voters to the ballot. It also meant that it was the deadline for citizens to update their information on the committee’s voters’ database, unless there is a necessary amendment by court order or a death case.

Citizens eligible to vote in the parliamentary elections should be over 18 and legally entitled to their full political rights.

Nearly 16,000 judges are to monitor the polling stations during the elections.