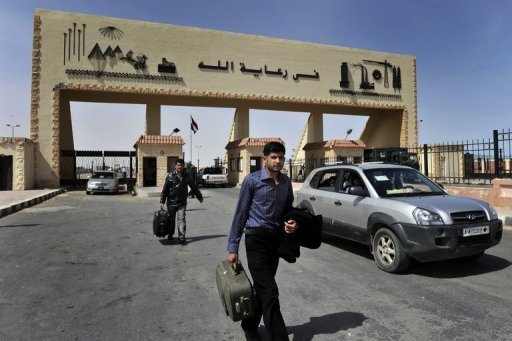 An armed forces officer was injured on Sunday in an exchange of fire with militants in Al-Wahat district, near the Siwa Oasis and the Libyan border. One of the militants was killed, according to a statement from the military spokesman.

The incident took place as border guards patrolling the area ran into two pick-up trucks. The border guards chased the vehicles and engaged “the terrorist elements” in a firefight, the statement said.

The guards were able to seize one of the vehicles and found a dead “terrorist” aboard, along with a sniper rifle, ammunition, and printed material “inciting violence”.

A representative from the military spokesperson’s office described the materials as “jihadi publications inciting hostile actions against the armed forces and police officers”.

The militants were not identified; it is unknown whether they were entering or leaving Egypt through the Libyan border, said the military representative. The armed forces are currently combing the area for the arrest of the militants.

Defence Minister Sedki Sobhi announced in October that troops in the western region of Egypt must be ready to counter any militant threat on the border with Libya. He also stressed the need to increase the armed forces’ combat effectiveness to “cope with risks and potential threats”.