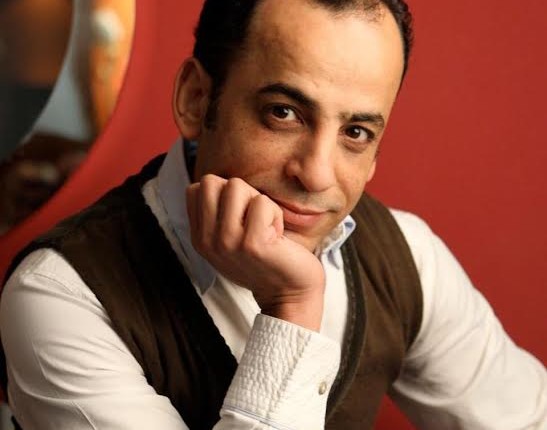 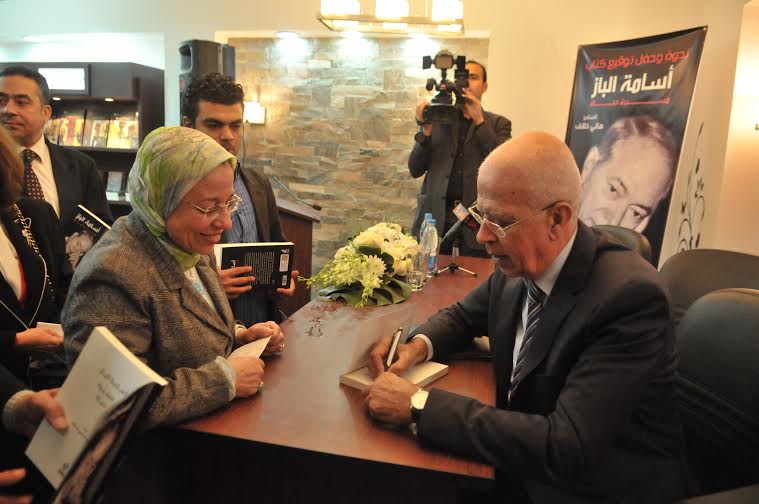 In a conservative society where talking about  infidelity, sexual intercourse and polygamy is considered a taboo that people shouldn’t approach, Ehab Moawad decided to challenge all the social and moral restrictions. Using his unique, sarcastic writing style, Moawad discusses the most sensitive issues that can influence relationships between eastern husbands and wives, and threaten the future of their marital lives.

After a long day of working at his decoration atelier, he resorts to the last floor of his house which he calls “the isolated hermitage”, holding a cup of hot ginger in one hand and a huge amount of nuts in the other. Inspired by conversations with his friends, customers and family members, his writings go beyond the mere presentation of facts and thoughts, aiming to create a mirror that can honestly reflect the daily situations and problems Egyptian married couples experience, and the best ways for solving them.

In 2010,  his first book “Bardo Hatgawez Tany!” or “I Will Still Remarry!” was published, causing waves of criticism and attacks, as it tackled what Moawad sees as the advantages of polygamy for both men and women, and for the society as a whole.

Moawad talked to Daily News Egypt about the criteria he takes into consideration when he selects the ideas to present in his books, the fierce criticism he faced, as well as the future of satirical literature in Egypt.

How and when did you start writing satire?

I was drawn to writing long time ago. I used to write my diaries secretly then I started posting some poetry verses on my Facebook account. I also started writing some political articles in some opposition newspapers. Four years ago, I decided to use my sarcastic talent to write a book to rebel against the society’s reactionary ideas and challenge its outdated customs and traditions. In fact, I didn’t choose writing satire, I think it chose me because of my insurgent personality that used to challenge all the surrounding circumstances in a sarcastic way.

Where do you come up with ideas for your books from, and how do you prepare for them?

I’m concerned with social relationships, in general, and marital problems, in particular. I’m a researcher in the social relations field and I currently work as a consultant and a writer of the family section in a reputable Arabic magazine. Because of the nature of my work, I am used to receiving dozens of marital problems via mail daily and I exert a lot of effort to provide the senders with the best solutions. As I always say, people’s real problems are the inspirational clues that allow me to add new chapters to my books, as they help me portray the reality in an honest and sincere way.

What were your objectives behind publishing your first book about polygamy “I Will Still Remarry”? And how did you receive the criticism your book draw?

The “punch” that you can see on the book cover designed by Ahmed Mourad was my main goal. I wanted to pose a punch to our contradictory double-standards society that describes itself as a conservative religious community when it actually markets the cheapest kinds of relationships in an acceptable way and fights the second marriage which is halal in Islam. In my opinion, I believe that polygamy is a perfect solution to most of the social, financial and moral problems we suffer from. It’s also the only saviour for the increasing spinsterhood phenomenon that reached 30%, and the divorced women whose percentage exceeded 50%.

At the beginning, I was shocked by the fierce attack and criticism my book drew, however, I found it normal in our society which restricts the word “woman” to the “first wife” only. Many divorcees, widows and maidens believed in the concepts presented in my book as I was defending their rights to lead a happy marital life. Also, a lot of men showed their support for the book, which comforted me a lot.

How did you publish your first book? Did you face any obstacles?

The whole thing was so easy. I paid about EGP 5,000 for the expenses of publishing the first edition of the book, but I got all the money back when the book achieved high circulation rates. I think this happens with most of the beginners. After the success of the first book, I received many offers from many big publishing houses and I selected the house with the best offer.

Generally speaking, the field of publishing books became so profitable and the numbers of the publishing houses have increased significantly during the last few years, which I always see as a healthy phenomenon. Thanks to the new rising generation that’s addicted to reading different kinds of books and novels, publishing houses started to give opportunities for many young anonymous writers.

How and why did the idea of Egyptianising “Men are from Mars and Woman are from Venus” come up?

I didn’t Egyptianise John Gray’s book. I started my book with an explicit confession that the name of the book has nothing to do with its inner content. I admit that I intend to choose some controversial sarcastic titles for my books in order to attract the attention of larger sectors of the audience. Therefore, I search for the titles of the well known social books that tackle marital problems and play with their words to come up with catchy titles for my books.

“Men are from Boulaq and Women are from Awel Fesal” is a human project that tackles the relationship between two Egyptian married couples “Hind” and “Hindawy” shedding lights on the problems that may face them throughout their lives, starting from the engagement ring, the wedding night passing through some important subjects such as betrayal, jealousy, women’s work and many others. In this book, I provided a completely different treatment than John Gray, and people can judge.

In your last book “Why Men Love Mozzaz” you tackled a very sensitive idea that’s considered a taboo in our society. What was the message you wanted to convey through this book?

The whole thing started when I found out that Sherry Argov’s book “Why Men Love Bitches” achieved high circulation rates and made impressive profits in many Arab countries, including Egypt, although it wasn’t translated into Arabic. I was astonished to know that Arabic women are so curious to know the answer of that question. I decided to provide them with the answer in a descent way that doesn’t contradict our morals or societal customs.

In this book, I interview a number of historical female characters that changed the face of the history such as Cinderella, Cleopatra, Shagaret Al Dor and Juliet searching for an answer the title of the book raises. I believe that satirical literature is just like any other genre of literature. Some satire writers aim mainly at entertaining their readers while others may prefer to convey a deep message through funny and hilarious sentences. I always try to provide something useful to my audience through my books.

Who are your favourite writers in general? And your satirical authors in particular?

What are your favourite genres of music?

Nothing in particular but I adore Al Rahabna’s music as well as Baligh Hamdy’s musical works.  Sometimes, I listen to Bakh or even Shaaban Abdel Raheem.

How do you see the future of the Egyptian satirical literature?

I’m so optimistic. We discover a new good writer every 10 minutes and most of those novice writers are still under 30. Unfortunately, there aren’t many female satire writers in Egypt because, as many people say, “Comedy is the man’s twin”. However, we can’t deny the valuable contributions of some talented female authors such as Ghada Abdel Aal, Doaa Farouk and Amal Mahmoud.

What are your future projects and books?

On the personal level, I plan to open a café as it’s one of the most profitable projects in Egypt nowadays. On the writing level, I’m currently working on a new book called “Cleopatra’s Diaries”, and I received a good offer for turning my last book “Why Men Love Mozzaz” into a film, but I’m still studying the different aspects of this projects.