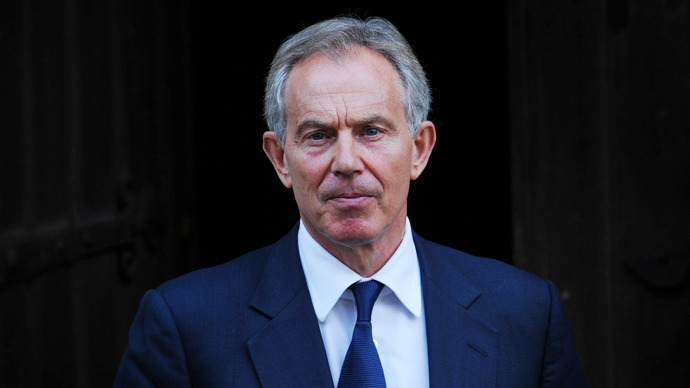 Blair expressed his appreciation of Al-Sisi’s efforts to address concepts and misconceptions related to Islam and extremism, according to a presidential spokesperson’s statement.

According to the statement, Blair added that the international community welcomed the ideas Al-Sisi expressed in his latest speech in Al-Azhar. He mentioned an increasing realisation of many western leaders about previous warnings Al-Sisi had made in recent years.

Blair then noted that “terrorist attacks France witnessed in the past days proved that president’s assessments in this regard were right”, the statement read.

The meeting also discussed the Middle East peace process as Blair asserted the central role Egypt plays in resuming the communications between Israel and the Palestinian leaders.

He also expressed his hopes for a push forward in the peace process and achieving progress between Israelis and Palestinians following the upcoming Israeli elections in March.

Al-Sisi also met with President of the World Jewish Congress Ronald Lauder and discussed with him developments in the region.

Presidential spokesperson Alaa Youssef said that Lauder “showed interest in knowing president’s vision of the developments in the region, especially the Israeli-Palestinian relations”.

During the meeting, Al-Sisi expressed hopes Israel will not take “escalating actions against the Palestinian Authority, especially amid current developments following Palestinian membership bid was accepted by the International Criminal Court (ICC)”, the presidential statement said.

Lauder, who was re-elected as the WJC president in 2013, is known to be close to Israeli Prime Minister and Likud party leader Benjamin Netanyahu and is seen as one of his biggest donors and supporters, according to Israeli newspaper Haaretz.

A billionaire, according to Forbes, Lauder has investments in Israel and was a business partner of Israeli businessman Josef Maiman, who was a key figure in Egypt’s gas sales to Israel. The former Egyptian president Hosni Mubarak was charged with graft along with his petroleum minister regarding gas exports to Israel. However, the Cairo Criminal Court dropped all charges against Mubarak on 29 November.

Egypt’s gas exports to Israel ended in 2012, as a result of both militant attacks on the gas pipeline in North Sinai and Israel’s discovery of large gas reserves within its territorial waters off the Mediterranean coast.