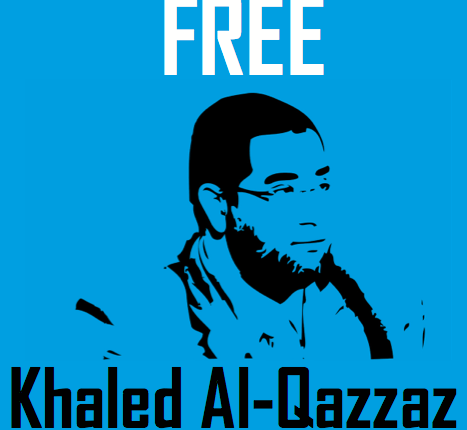 After spending 558 days in prison, former president Mohamed Morsi’s aide, Khaled Al- Qazzaz was released on Sunday on account of his deteriorating health conditions, according to the official “Free Khaled Al-Qazzaz” campaign.

The Prosecutor General issued an order for Khaled Al-Qazzaz’s release due to his medical needs on 29 December. Meanwhile, Al-Qazzaz’s case is still pending investigation under supervision from the prosecutor.

“Today Khaled and his family are extremely elated and grateful for his release,” the Free Khaled Al-Qazzaz

campaign, led in part by his wife, Sarah Attia, wrote in a statement. “We are hopeful that the Egyptian and Canadian governments will expedite the processing of this humanitarian case so that Khaled can finally come home.”

Al-Qazzaz was Morsi’s secretary on foreign relations. Security forces arrested him alongside the former president and other aides following the military overthrow of Morsi that took place on 3 July 2013.

Amnesty International previously called on the Egyptian authorities to provide Khaled Al-Qazzaz with urgently needed medical treatment, and to release him. The group stated he urgently needed surgery for spinal stenosis, a neck and back condition.

According to the human rights group, Al-Qazzaz was held for over five months in conditions that amounted to “an enforced disappearance” until he was transferred to Al-Aqrab maximum security prison in December 2013.

Last November, the detained Tarek Al-Ghandour, suffering from liver dysfunction, died in jail due to inadequate healthcare, his family said.

According to the official Forensic Medicine Authority, at least 52 people have died inside detention centres across Cairo and Giza since January 2014.