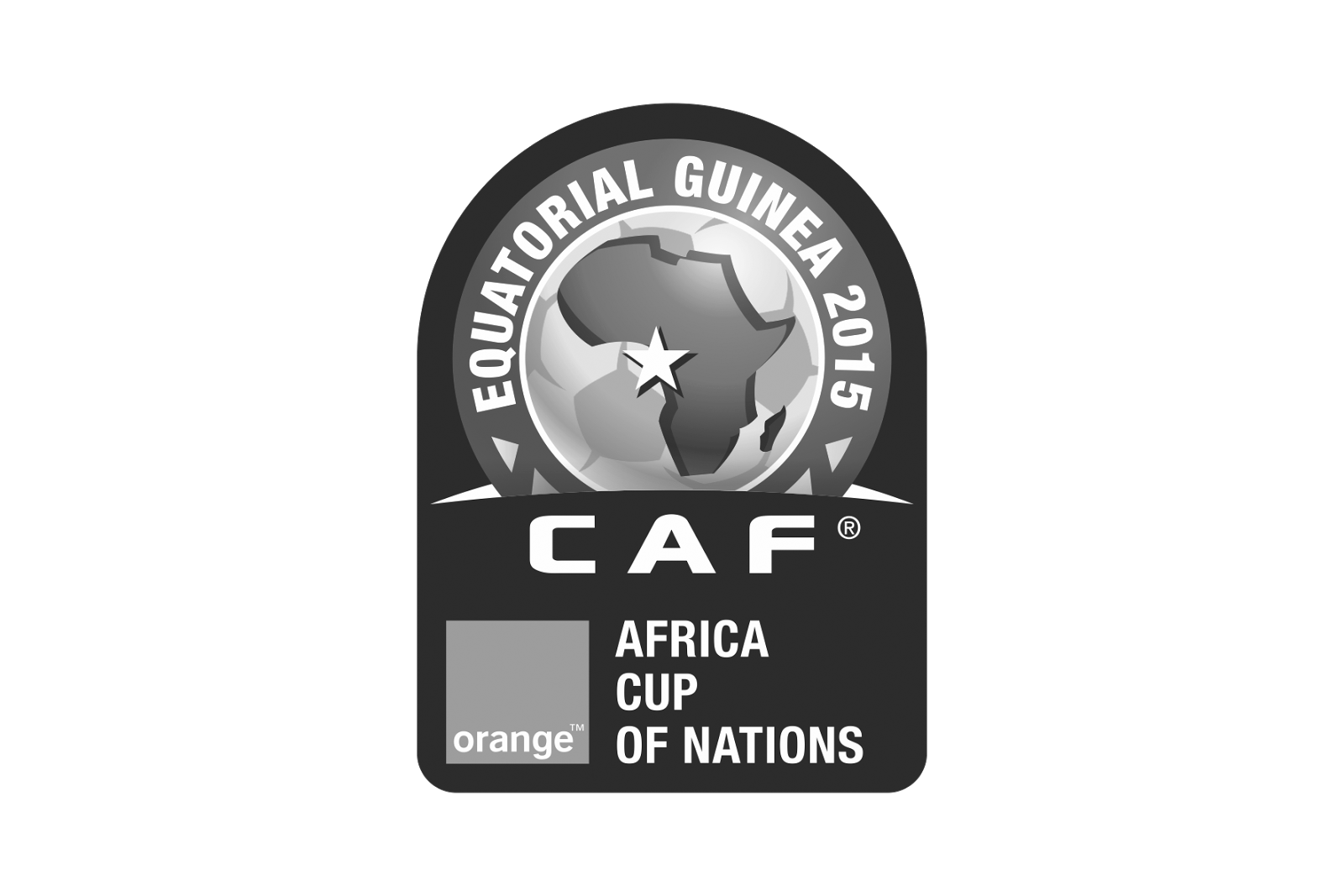 On 17 January, millions of football fans get ready for one of the most prominent championships in the history of football. Equatorial Guinea will host the 30th Africa Cup of Nations championship between 17 January and 8 February.

In its 30th edition, the championship is attracting the interest of many fans following the qualifying tournament, which held many surprises after the loss of major teams against teams of little fame, experience, and history in the championship.

One of these surprises was the Egyptian team disqualifying for the third time in a row in 2012, 2013, and 2015. This happened after the team won three championships in 2006, 2008, and 2010, and boosted its winning record to seven championships. The Nigerian team also lost the final rounds after previous wins. This way, two of the major teams will not be able to participate in the championship.

Equatorial Guinea returns to the championship only three years after it hosted the game, in cooperation with Gabon. The African Cup was set to be in the country only a few weeks before the championship, after moving the game from Morocco to Equatorial Guinea. This came as a result of the refusal of a request from Morocco to the Confederation of African Football (CAF) to postpone the cup to six months or a year in fear of the spread of Ebola through fans coming from countries affected by the outbreak in Africa.

Equatorial Guinea has only hosted the game once before in 2012, in which it was the first time the country’s team played in the championship.

The African Cup was one of the main reasons for founding CAF, when major figures in the African football met in the Portuguese capital Lisbon in 1956 to establish the CAF and organise the championship, starting from 1957. It was agreed that Sudan would be the first country to host the championship, and a huge stadium was built in Khartoum especially for the game.

In February 1957, the Sudanese president started the first African Cup of Nations in the presence of 30,000 fans in the new stadium. He was present during the launching game in the championship, in which Egypt, Ethiopia, and Sudan participated in the games. In the game between Egypt and Sudan, Egypt scored 2 goals to 1, winning against Sudan. Sudan’s player Sadiq Manzoul scored the only goal, while Egyptian players Raafat Attia and Mohamed Diab El Attar (Eldiba) scored the two goals.

The final game took place on 15 February, in which Egypt won against Ethiopia with four goals scored by Eldiba. Egyptian player Abdel Aziz Abdallah Salem held the cup, which had its name on it and gave it to the team captain Raafat Attia, marking the first win of the championship.

Egypt organised the second cup from 22 to 29 May in Al-Ahly Club in Cairo, where the same three teams participated in the game.

The Egyptian team continued its winnings when it played the first game against Ethiopia and scored 4 goals, before winning against Sudan with 2 goals to 1, deserving the champion title for the second time.

In 1968, the 6th championship was held in Ethiopia and the number of participating teams increased to 8 teams. The Democratic Republic of Congo made it to the final round when the team played against Ghana and won with 1 goal to 0.

Ivory Coast’s player Laurent Pokou made a record with 6 goals, 2 goals less than the title winner, setting the record in the number of goals scored in the history of the championship.

In 1970, Sudan hosted the 7th championship and Ghana made it to the final round for the 4th time in a row but lost against the Sudanese team, which won the only cup in its history.

For the second time, Pokou won the title of the championship scorer with 8 goals, raising his record to 14 goals and staying at the top of the scorers list in history. However, Cameroonian player Samuel Eto’o made his record in 2008 with his 15th goal during a game with the Sudanese team in the teams round, before scoring the 18th goal by the end of the championship in 2010. Eto’o is still the top scorer, and it will not be easy to beat his record.

In 1974, the championship was held in Egypt, and Zaire won the final game when one player scored 9 goals and won the title of scorer of the championship, leading to a win for his team. For the first time in the history of the game, the final game was re-played after a draw of 2 goals scored by Zambia and Zaire. In the second game, Zaire won against Zambia with 2 goals to 0, when the same player scored the two goals.

The 10th edition of the game was hosted in Ethiopia, where the teams played for the first time through groups, followed by a final round, in which Morocco won the title. In 1978, the 11th African Cup was held in Ghana, and Ghana’s team won the title against Uganda in the final round, with 2 goals to 0, marking their third win of the title.

In 1980, Nigeria hosted the cup and the Nigerian team won the title for the first time in the history of the African Cup, with 3 goals to 0 against the Algerian team in the final round. In 1982, the cup was held in Libya on artificial grass fields. The hosting team took advantage of this and won until the final round, losing 6 to 7 in penalty kicks after an draw of 1 to 1 goals in the original time of the game against Ghana, whose team won for the 4th time.

The cup was hosted in 1984 in the Ivory Coast, and Ghana’s team lost in the earlier rounds. Meanwhile Cameroon won for the title of the championship for the first time after a game with Nigeria in which the team scored 2 goals to 0. In 1986, Egypt hosted the game once again and won in the first game against Senegal with 1 goal to 0. Egypt continued until the final round to win the title of the cup after a great game with Cameroon, in which the team scored 5 to 4 goals in the penalty kicks after scoring no goals during the game, marking a win after 27 years.

In 1990, Algeria hosted the game and won its only title of the cup after a game against Nigeria with 1 goal to 0 in the final game. The 1992 championship was held in Senegal, with 12 teams playing for the first time in the cup’s history. The Ivory Coast’s team won its first title against Ghana in the penalty kicks, with 11 goals to 10, after scoring no goals during the game.

In 1994, the African Cup took place in Tunisia, but the hosting team lost earlier in the first round of the game. Zambia’s team surprised everyone when it reached the final round, even though the team participated using the newest players following the death of most of its important players after a plane crash shortly before the game. The team, however, lost against Nigeria, which scored 2 goals to 1.

After South Africa’s return to the playing field, following 10 years of absence as a result of apartheid rule, the country hosted the championship in 1996 with 16 teams playing, for the first time in the history of the cup. Nigeria withdrew from the game for political reasons, pushing the number of teams down to 15, and South Africa won its first title when the team played against Tunisia in the final round, scoring 2 goals to 0.

Burkina Faso hosted the next African Cup in 1998. In the final game, the Egyptian team won against the South African team with 2 goals to 0. Late Egyptian player Mohamed El-Gohary was the first to win the title for player and coach at the same time.

The 24th championship took place in Tunisia in 2004, when their team won the title for the first time against Morocco, with 2 goals to 1. Egypt hosted the 25th cup in 2006, which attracted the interest of many fans, because the team finally won, after 20 years of losses since 1986.

This marked an important win for Egypt, right before the celebration of 50 years of founding CAF. The Egyptian team took advantage of the number of fans and of hosting the game by winning the title for the 5th time in its history and making a record for the number of titles a team won in its history in the championship.

Ghana hosted the 26th cup in 2008 for the fourth time, and the second time in just 8 years, when the game took place in 2000 in participation with Nigeria. Ghana’s team won the title again, but the Egyptian team maintained its record of wins after 2006 title.

Two years later, Angola joined the hosting countries of the championship when the 27th championship took place in the country in 2010. In the same year, the Egyptian team made up for disqualifying in the African Cup before through winning the title of the game.

Equatorial Guinea and Gabon hosted the 28th edition of the cup in 2012, with cooperation between the two countries, while Egypt and Cameroon’s teams did not participate in the games after losing in the qualifying phase. In the final game, Zambia won against the Ivory Coast after a round of penalty kicks following the 0-0 draw game.

Two years ago, the African Cup was held again in South Africa, which was hoping to take advantage of hosting the game to win the title, especially in the absence of the Egyptian and Cameroonian teams and the retreat in the performance of major teams. However, the South African team lost the games and Burkina Faso’s team continued the game to the final round, until they played against Nigeria’s, team who won the title for the third time.

Three years after holding the game in Equatorial Guinea, the country is once again cooperating with Gabon to host the game. The Egyptian and Nigerian teams are not participating in this championship, which allows room for other teams to win the title.