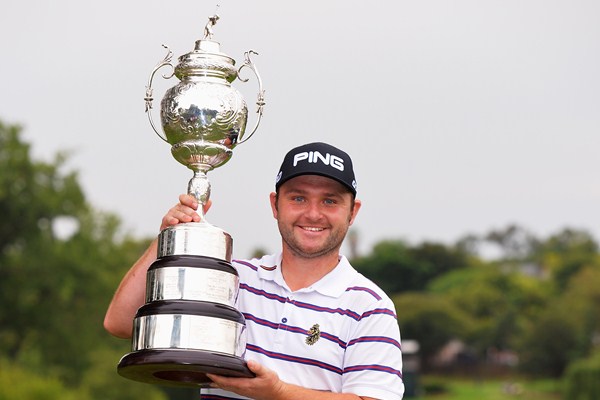 Schawrtzel missed four strokes in the last five holes, playing in a decisive round against Sullivan and missing an opportunity to win his first title in his home country. After scoring 67 strokes to bring his total score to 277 strokes, Sullivan beat Schwartzel in the first extra hole.

Schwartzel was previously in the lead by five strokes before, but ended the last day of the tournament with 74 and losing his chance to win the title.

The South African Open Championship is one of the oldest golf tournaments and a major championship of the Sunshine Tour. The tournament was integrated into the European Tour in 1997, and accounts for a large factor in the world ranking for participating golfers. The winner of the South African Open receives 32 points added to his total tally, greatly enhancing his ranking.

The first official tournament was held in 1903 and was limited to 36 holes until 1908. It was later increased to 72 holes, with non-whites not allowed to participate until 1972. However, South Africa Papwa Sewgolum won second place in the championship in 1963.