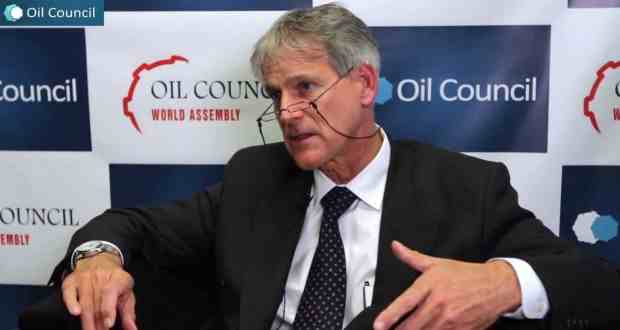 UAE-based Dana Gas revealed on Wednesday that it could delay the schedule of receiving the owed debt by the Egyptian government, due to the international decline in oil prices.

CEO of Dana Gas Patrick Allman-Ward told Reuters that his firm’s calculations for Egypt’s debt, stated by him to be $165m, were based on the $85 price for barrel, as opposed to the current price, which stands at $45 per barrel.

“Clearly we are not there at the moment, how far and how long the current decline will last we don’t know,” he furthered.

Political and economic turmoil that followed the 25 January Revolution resulted in the delay of oil and gas payments owed by the government to foreign oil companies. Currently, the government still owes $3.1bn in total, after paying some of the dues in 2014. Prior to this the amount of the debt totalled $5.5bn.

The Ministry of Petroleum could not be reached for comment.

On 4 January, Dana Gas said  it received $60m in late dues from the Egyptian government. The sum makes up only a part of the full amount of $212m that Egypt still owes to Dana Gas.

The progress was made public in November when Dana Gas and the government agreed to increase gas production and allow the company to export condensates in exchange for repaying debts owed to Dana.

Abiding to the agreement, the dues will fall to their lowest levels by 2018, Allman-Ward told the Daily News Egypt in a November interview.

Minister of Petroleum, Sherif Ismail, said at the end of December 2014, that Egypt has paid a new batch of dues, worth approximately $2.1bn, owed to foreign companies. Among foreign companies to which the Egyptian government owes money are BP, BG, Dana Gas and Italian Eni.

In September, Dana signed a gas production enhancement agreement (GPEA) with the Egyptian Natural Gas Holding Company (EGAS) and the Egyptian General Petroleum Company (EGPC). The company revealed that the GPEA agreement stated that Dana will launch a programme over a seven-year period, to start in the next few months.

As part of the plan, Dana Gas will be working on drilling 37 new wells and carrying out maintenance for existing wells. Around 270bn cubic feet of natural gas, 8 to 9m barrels of condensate, and around 450,000 tons of liquefied petroleum gas (LPG) are expected to be produced during the seven-year period.

With regard to agreements, Ismail announced on Wednesday the signing of 6 new agreements for oil and gas exploration in the Western Desert, Gulf of Suez and the Mediterranean Sea regions, with Italy’s Edison and IEOC companies, Germany’s RWE Dea and British Petroleum (BP) and Scottish Petroceltic.

A statement from the Ministry of Petroleum said that the value of investments in the agreements is $485m.

By signing the new agreements, Ismail said the petroleum sector will have signed a total of 48 agreements since November 2013, with $2.7bn in investments.