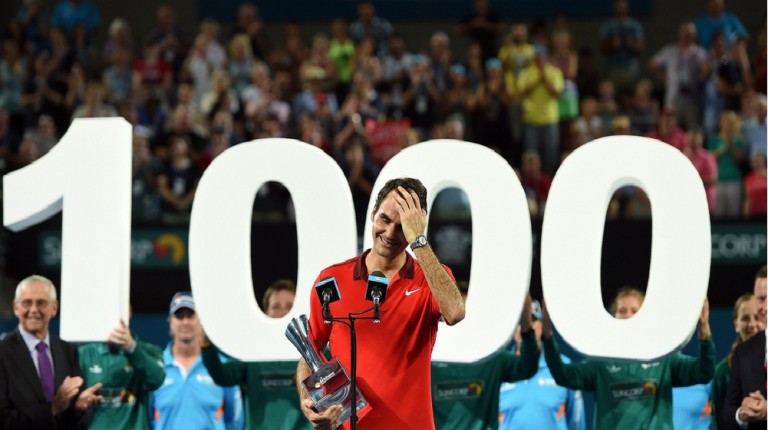 The January tournaments concluded with the Australian Open, which is one of the four major tournaments that fall under the Grand Slam.

Australia hosts the Brisbane championship, which has a total prize of up to $1m and has been included in the ATP and WTA competitions since 2009. Roger Federer (ranked 2nd in the world) won the men’s singles this year after defeating Canada’s Milos Raonic, ranked 8th, with 2 rounds against 1 with results 6-4, 6-7, 2-7, and 6-4 to gain his 83rd title.

Federer achieved his 1,000th victory in his professional career to enter the club of thousands alongside Americans Jimmy Connors, with 1,253 victories, and Ivan Lendl, with 1,071 victories.

Last year the title was won by Australian Lleyton Hewitt after defeating Federer in the final game. However, in this year’s championship, Hewitt failed to maintain his title and was out of the tournament in the first round.

The UK’s Andy Murray won the most titles in the championship, winning one in 2012 and another in 2013.

In the women’s singles, Maria Sharapova, ranked 2nd, won the title by defeating Serbia’s Ana Ivanovic, ranked 7th, in the final game, with results of 7-6, 7-4, 3-6, and 3-6 to achieve her 34th title in WTA singles competitions. Last year’s title went to America’s Serena Williams, ranked 1st, holder of the most titles in this particular championship, having won both in 2013 and 2014.

The Shenzhen Open, which is one of the seven WTA tournaments with total prize money of $500,000, was won by Romania’s Simona Hale, ranked 3rd, after defeating Swiss Timea Bacsinszky (Ranked 31st) by 2-6, 2-6. China’s Li Na won the championship title for the past 2 years.

New Zealand hosted the Auckland International Championship with a total prize of $250,000 and America’s Venus Williams, ranked 19th, won the title after defeating Denmark’s Caroline Wozniacki, ranked 8th, by 6-2, 3-6, 3-6. Williams achieved her 46th title in the WTA singles competitions thanks to the win, having lost last year’s title to Serbia’s Ana Ivanovic.

On the Khalifa International Tennis and Squash Complex, Qatar hosted the Qatar ExxonMobil Open under the umbrella of the ATP. The games were launched in 1993 with a cash prize worth $1.25m. Spain’s David Ferrer, ranked 10th, won the title after defeating the Czech Republic’s Tomas Berdych, ranked 7th, by two consecutive sets.

A team composed of Spain’s Rafael Nadal and Argentina’s Juan Monaco won the doubles titles at the Qatar Open – another ATP competition worth 250 points – after defeating the Austrian team composed of Julian Knowle and Philipp Oswald by 3-6 and 4-6.

The Chennai Open, organised by India, has a total prize of $460,000. The title was won for the second consecutive time by Switzerland’s Stan Wawrinka, ranked 4th, after defeating his Slovene opponent Aljaz Bedene in the final match, with two consecutive sets of 3-6 and 4-6.

In addition to these tournaments, Australia organised the Hopman Cup, which is held annually in the city of Perth in January of each year since 1989. The Cup games are played on hard courts.

Poland claimed the title for this championship for the first time in its history after defeating the United States in the final game. Agnieszka Radwanska and Jerzy Janowicz defeated Serena Williams and John Isner by 5-7 and 3-6 in the mixed doubles.