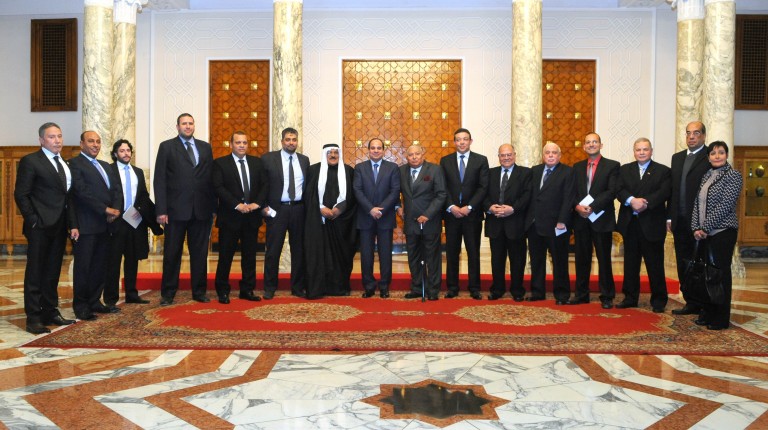 President Abdel Fattah Al-Sisi continued meeting with a second group of political party leaders Tuesday to discuss their role in the upcoming phase ahead of parliamentary elections in March.

“Al-Sisi’s priority is to restore economic and security stability to the country.”

The Tuesday meeting followed an earlier meeting on Monday, in which the discussion. It reportedly covered economic aspects, including covering the basic needs of citizens such as public facilities, the national economic plan to develop marginalised areas such as Sinai and Halayeb and Shalateen.

Al-Mohafezeen Party headed by Akmal Kortam said in a press release on the party’s official Facebook account that politicians must take into consideration Al-Sisi’s communicated vision on security and economy.

The parties included the Democratic Peace and Al-Karamah parties, despite reported claims by its president Mohamed Samy that he had not been invited. Other parties involved included: Nasr Beladi; the Free Social Constitution; the Egyptian Revolution; Shabab Misr; Misr October; the Equality and Development Party; Al-Takafol; Misr Al-Horreya; the Arab Party for Justice and Equality; Egypt’s Arab Socialist Party; and the Republican People Party.

Tuesday’s meeting was the second and final phase, after the president met with leaders and representatives of 30 political parties, merged together into different alliances ahead of parliamentary elections.