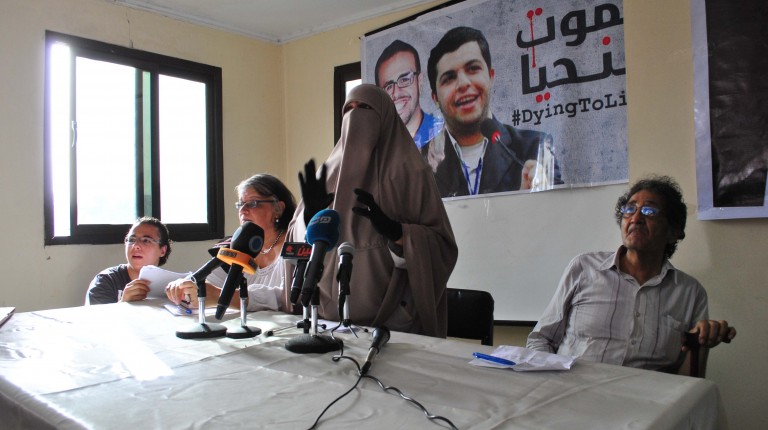 The detained Ibrahim Al-Yamany was moved to a “disciplinary unit despite his deteriorating health conditions”, the Freedom for the Brave campaign, an initiative that provides aid to detainees, reported on Wednesday.

Al-Yamany has been on hunger-strike for over 270 days. His brother, Abed Al-Yamany, stated that Al-Yamany was not taken to a hospital before he was moved to solitary confinement.

The prison administration had been “putting pressure” on the hunger-striker as officials approached him several times asking him to end the strike, his brother added.

“Continuing his hunger-strike is a foregone conclusion for Ibrahim; he will continue it until he is out [of prison,” Al-Yamany said.

According to the Egyptian Initiative for Personal Rights, Al-Yamany is a 26-year-old physician and has been detained since 17 August 2013.

Al-Yamany is currently facing charges of murder, attempted murder, destruction of property and partaking in “violent acts” in the Ramsees Square demonstrations that took place on 16 and 17 August, 2013.