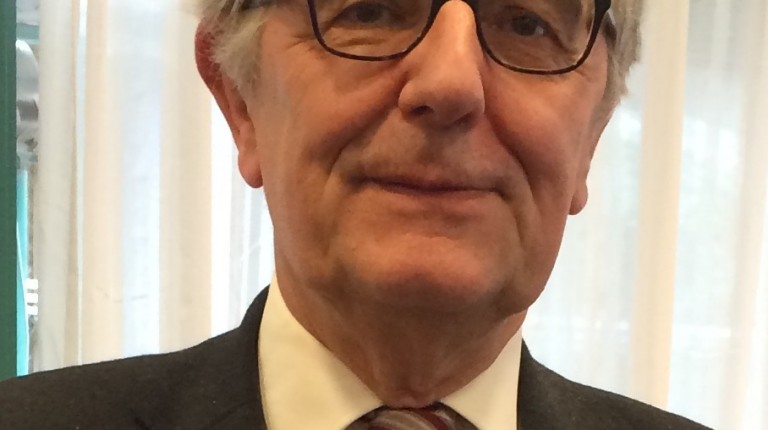 During his visit to Egypt, German Federal Government Commissioner for Human Rights Policy and Humanitarian Aid Christoph Strässer said fighting terrorism should not violate human rights. He also criticised the highly controversial Protest and NGO laws, both of which have created much heated debate in Egypt since their respective enforcements.

“We are not here to teach or to blame and shame, but to find ways of cooperation between organisations and governments,” Strässer said, adding that the status of fighting terrorism is open to debate.

“Nobody must have any doubt that we, in Germany, see the threat of terrorism groups all over the world, but we are deeply concerned that fighting terrorism should not limit or constrict human rights,” Strässer said.

A large number of demonstrators have been detained on charges of using violence and joining a terrorist organisation since the ouster of former Muslim Brotherhood president Mohamed Morsi.

“People who have terroristic demonstrations do not hold peaceful demonstrations. If people are criminalised and are denied access to a fair court within a certain time-limit, democracy will not be reached,” Strässer stated.

Regarding the Protest Law, Strässer said: “This form of free assembly is nonguaranteed against impacts of state violence.”

“People who go to demonstrate have the right to do it even if they strongly criticise any political development or any government, if they are arrested only because of peacefully protesting this is a violation of human rights,” he added.

He said that the police can be trained to arrest only those who conduct violence during protests, in contrast to completely finishing off a whole demonstration.

“I see that young people are afraid to join a peaceful demonstration. The civil society is going in the wrong direction,” said Strässer. He added that even pro-Nazi ideologues in Germany have the right to speak out.

The German ambassador to Egypt, Hansjörg Haber, agrees with Strässer.

Strässer added that in Germany, peaceful protesters have no risk if they are arrested for violent actions, as they have the right to access a lawyer immediately. They cannot also be arrested for an unlimited time without charge and without referral to court.

This was a concern for the civil society representatives, with the law making it impossible to construct an open society. They voiced fears that despite protestors committing no violence, they could still be arrested.

“A strong civil society is one of the pillars of a democratic society,” Strässer stressed.

The law has to be “problematised”, or be made into a problem, so that it is placed under official debate for a solution to be found.

Regarding media freedom, Germany was surprised with the severe punishment of three Al Jazeera journalists detained, who were handed seven and ten years imprisonment. This is a case of heavy restriction on the freedom of media, Strässer said.

Egypt received more than 300 recommendations during the 20th session of the United Nations Universal Periodic Review (UNUPR) in November 2014.

Germany’s stance on the UNUPR was as a “peer review”, and recommendations not tackled will be readdressed, Strässer stated.

Egypt accused Germany of being the only country “targeting” it with its many recommendations, with Egypt also accusing Germany of stating only the negative sides.

Yet the Germany’s ambassador said: “We say that the Egyptian constitution is a state of the art and it entails all important human rights. The negative side is on the level of normal laws…and administrative practice.”

“I think Egypt will implement some of the recommendations,” the German ambassador said.

In relation to the NGO law, Strässer added that a new version of the law had to be drafted before the upcoming parliamentary elections.

Haber said that the fact that the deadline was set for last November, with several kinds of sanctions threatened against those who do not comply, motivated several organisations to curtail their operations. It also entailed that many of their leading members have now left the country.

“The government should have been very clear that nothing would happen to them and given guarantees,” Haber said. “Tolerating the negative effects of the announced deadline is not something we can endorse.”

“Not one country implements human rights 100”,” Strässer said. But where human rights are weakened and people are marginalised, terrorism rates increase.

“We have to fight for common values, to fight terrorism also means to support human rights,” Strässer said.

On the two sides of the same coin are economic, social, cultural rights, and political and civil rights. Even if people have complete freedom of expression, if 50% of youth are unemployed, then human rights are not completely fulfilled.

In the aftermath of the Charlie Hebdo incident, Strässer acknowledged that Islam is misused to conduct terrorism acts. He added that many people in Europe are afraid of Islamist attacks, hence discriminate against Muslims. He said that it is the task of politics to say it is not a question of religion.

“Islam is part of Germany, we have to fight through political means against this kind of thinking,” Strässer said.

Germany has been observing the situation closely since the 25 January Revolution in 2011, Strässer said, citing that Egypt is an important country because of the long-lasting good relations between Egypt and Germany.

Strässer was in Egypt for two days last week as part of his visit to the region, having previously been in Gaza. During his visit, Strässer met with Foreign Ministry Spokesperson Badr Abdelatty, the president of the Egyptian Independent Commission for Human Rights, and representatives of several NGOs.