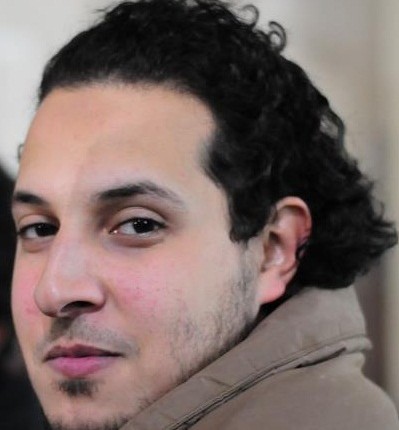 Prophet Muhammad has been one of the top defenders of the freedom of speech, and from there we go. Is it worth it to take to the streets to fight a deep European behaviour, or to dig deeply in the European values and try to perceive and influence it? I argue that Charlie Hebdo is a side war, besides the current despotism taking over the Arab world.

Islam and Muslim are back to the forefront, but still under the same headlines of terrorism and Islamophobia. Austria, Sweden, Germany – and lately the French Charlie Hebo.

There is no doubt that the presence of Islam and Muslims in a liberal/secular Europe has to be a source of weariness, given the expected increase in the Muslim population, as per to Pew Research Forum, which accordingly might lead to a certain level of impact over the continent’s secular/religious heritage.

I remember, in March 2014, I passed by the city centre of a west German city, Duisburg, and I found a protest of maximum six persons. They were rightists in black, raising a one big banner written on it: “Asylbetrüger und kriminelle Ausländer abschieben!? (“Deport the criminal foreigners and the asylum swindlers.”) I took a photo, laughed at them and left. The Germans themselves did not pay any attention either. After less than a year, they managed to grow up to 18,000 protesters in Dresden.

What happened between March and December of 2014 that facilitated the mobilisation to be almost 18,000 times the older group? Is it the growing visibility of Salafis in Germany? The Islamic State and the Europeans joining it? The Increasing numbers of Arab/Muslim migrants? The spillover of the Middle East conflicts, Arab/Muslim asylum seekers inflowing Europe illegally through the sea? Might be any or all of them, the media’s propaganda can give an indication of which exactly is more important than the other.

Charlie weighed on the scale

In 2009, I met a French friend in Malta. He claimed to be originally a Muslim, with Algerian origins. To me he looked like a typical European/French (white, with a blonde curly hair, super French accent – he made fun of me even when he heard my French accent, considering it typical Arab French). He could not even speak Arabic, and I have never seen him praying like a Muslim. Nevertheless, he told me he had to change his name on the resume so that he can be shortlisted for a job interview. In this case, the French freedom of expression can lead to discrimination.

Muslims, and maybe others around the globe, claim that Europe’s rooted culture of discrimination and double standards can clearly be measured at times of conflicts and internal tensions. Europeans can demonstrate the authenticity of this hypothesis, or negate it, in their response to Charlie Hebdo shootings. Unfortunately it has proven true to some extent in the mosques vandalised in Paris, the Muslim women being attacked, etc.

How many Europeans took to the streets as they have done with the “Je suis Charlie” campaign, when thousands of Syrians lost their lives daily in Syria? How many of them have protested against the [Rabaa Al-Adaweya] massacre in Egypt on 14 August 2013, when not less than 650 Egyptians (at least) demonstrating against despotism were killed in cold blood, or when knowing that prisoners of freedom count up to 22,000 in Egypt’s prisons?

Simple and easy answer. Living the experience is quite different, Muslims would say. As long as you live in safe and sound communities, you will care less.

Do’s and Don’ts for Europe

Practically, Muslims suffer from the absence of laws that condemn any offense to their religious beliefs, let alone Islamophobia. The burden of issuing such a law is on the shoulders of both the French authorities and the Muslim community as well. French authorities have to recognise the 10% of its population, equally as they recognise the 1% of the Jews living in France in the anti-Semitism law. Let all Europeans, Muslims, Jews and Christians, be treated with equal rights and obligations. This is the only Do.

Don’t 1: only send troops to fight IS which appeared after three years of the Al-Assad’s demolition of the country’s population and infrastructure, send troops to bring Al-Assad as well to justice.

Don’t 2: if a court bans any offence to Catholic beliefs, let laws and courts verdicts apply equally to all European citizens.

Don’t 3: in the light of the continuous attacks on mosques, let the French troops protect the whole French population and their places of worship equally.

What should Muslims do?

Europe’s problem with the Charlie Hebdo shooting is the killing of freedom of speech. For Muslims, it is about the Prophet, but also about the sweeping annihilation of lives in the Muslim world while the world is turning a blind eye. They, the Muslim community, don’t have to apologise for a crime committed by three apparent “Muslims”. A non-Muslim European friend criticises apologetic Muslims:

“I find stupid that suddenly after the terrorist attack a wave of Muslims appear in the social networks apologising for what happen… Why? Why shall Muslims (an entire community) apologise for what three mad men did? Did “we” (Europeans) apologise for the 1 million Iraqis killed in Iraq? Or did “we” apologise for the years of oppression caused in North Africa? … ”

Second, the whole Charlie Hebdo tension is extremely marginal beside the injustice the Arab world is currently experiencing. Charlie Hebdo and the like issues pop up every now and then and would deviate the peoples away from their main cry: Degage, tyrants should step down.

Third, European governments are to fight discrimination within their own borders, and deprive themselves from despotic governments, particularly in Muslim countries.  When all means of peaceful justice are banned, then picking up the rifle to get your right to justice and freedom is the only mean.

Hence, Muslims can do a lot in Europe and in their own ‘Muslim’ countries:

Karim al-Andalusi is an Egyptian political analyst and researcher, who attained his MA degree in Democracy and Good Governance from Duisburg-Essen University, Germany. He is concerned with the linkage between culture and politics, a freelancer and youth entrepreneur, who has been published before numerously on OnIslam.net and openDemocracy