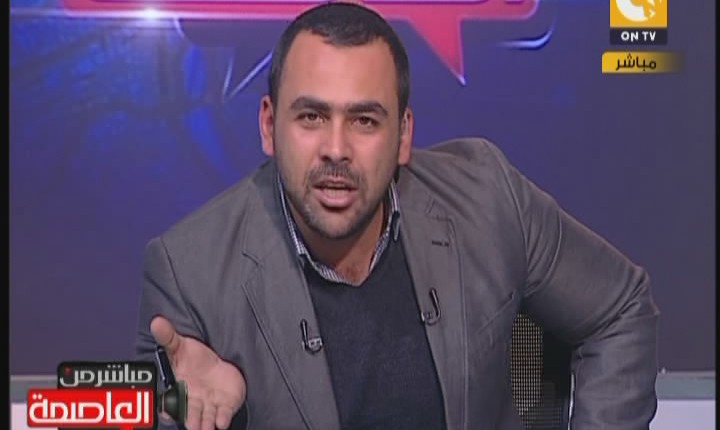 A new leak allegedly reveals that government officials instructed leading media figures to appeal to people’s emotions and encourage them to support Abdel Fattah Al-Sisi during his presidential campaign in 2014.

Kamel allegedly told Ali that he and Al-Sisi wanted “our media personnel” on TV “to stage a mood which incites people”, Kamel said, referring to Al-Sisi supporters who, he instructed, are required to believe that there is a defamation campaign targeting the current president.

The media should drive the Egyptian people to protect the candidate and stand by him, without letting anyone question someone as “honourable” and “good” as Al-Sisi.

He instructed to spread the message that it is inappropriate to speak negatively about “our icons” and to protect a “situation” where there is a “brave, excellent, Egyptian national man”.

“The regime bans certain people from appearing in the media while giving instructions to others because it does not want criticism or exposing its corruption,” said Gamal Eid, executive director of the Arabic Network for Human Rights Information (ANHRI).

Kamel also allegedly instructed the disclosure of the notion that Al-Sisi sacrificed a lot, although he could have remained in his strong position in the armed forces.

The media should also discourage any thoughts that “such people could do wrong or forge [elections]”, and promote the idea that “they are transparent and honest”, Kamel allegedly instructed.

“Do not defame the only good thing [in reference to Al-Sisi’s candidacy] in our lives” he reportedly added to the instructed media messages.

“This is how I want things handled [in the media],” Kamel allegedly said, giving instructions to use “our” TV presenters, such as Ahmed Mousa, Wael Al-Ebrashy, Ibrahim Eisa, Azza Mostafa, Naela Omara, Osama Kamal, Youssef Al-Husseini, presenters on Al-Qahera and Al-Nas TV channel, and the “kids” on OnTV channel.

Kamel purportedly told Ali to give orders that the media should say that Al-Sisi is the only candidate whose security is threatened, along with his wife, children, and grandchildren.

Kamel could be heard in the purported leak ordering Ali to write down the instructions he had been giving.

On 6 December, the same channel aired a leak, allegedly between members of the Supreme Council of the Armed forces (SCAF), discussing ousted president Mohamed Morsi’s detention in a maximum security navy prison in Abu Qir, contrary to a law that forbids the detention of civilians in military facilities. The military figures also discussed ways to cover up the detention and falsify information related to his whereabouts, alleged the lawyer during the trial in which Morsi is facing allegations of espionage.