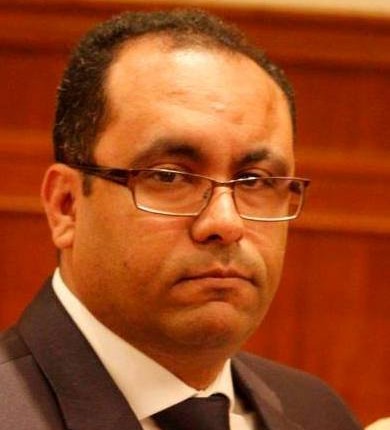 For a while the idea of emigrating from Egypt was persistent, and quite recently I reconciled with the idea of starting again, in a new place in any field of work.

You may not be surprised to know that many of those who participated in the 25 January Revolution (nowadays a confession that may result in your imprisonment!) and those who were ready to take a bullet from a bastard hiding far away with his weapon, accepting that they might die in the hope of a better future for their children; today they have become more receptive to the idea of emigrating and moving away from this land.

Do you remember what you felt during those 18 days? Do you remember the amount of positive energy you had inside you and the emotions that flowed through your body on the day of Mubarak’s “ouster” from power? Do you remember cleaning Tahrir Square and your commitment to traffic rules, even with the police fleeing from the scene? Do you remember that you were willing to do anything for the sake of your homeland, which you imagined had been given back to you?

Today and after four years of a failed revolution, in which we dreamed of rule of law, justice and equality, the concept of the homeland is changing inside many of us, especially those who participated in the 25 January Revolution, who are being prosecuted night and day by laws prepared by those whom the revolution rose against!

The homeland, today, is not Egypt. The homeland is the place where you can close the door on yourself and your spouse and children, safe and reassured that nobody will raid your house to humiliate you in front of your family and rob you of your dignity without any legal or moral justification, and without the slightest hope of prosecution, just because of the ideas in your head, or words written here and there. If you even think of prosecuting whoever did this, be prepared for a wave of revenge that could end up with you killed or imprisoned, and the destruction of your life as well as the lives of those around you.

The homeland is where your dignity is secure, where there is fair job competition without a bribe or connection… the homeland is the place where you can freely express your opinion and criticise and propose ideas to facilitate your life and the lives of others, without being accused of treason or being an agent for another country.

Today, an ugly chauvinistic tone has taken precedence without any justification, for we are neither a democratic country, nor do we have any scientific achievements, and so there is no justification for this sick sentiment that is perpetrated by Mubarak’s media.

Today, half of society is carefully monitoring on the other half, and has no problem whatsoever with reporting them and destroying their lives and futures for trivial reasons, including watching opposition TV channels, writing an article or listening to musicians who belonged to the revolution (all things that have, in fact, happened).

Today, everyone outside the circle of the military, police, and judiciary is vulnerable at any moment to being killed, imprisoned, or have their dignity robbed for a crime they never committed.

Today, those who are supposed to protect us have violated the dignity of women and men (there are already reports about this in the Prosecutor General’s office for those who want to accuse me of anything).

Today, there is no social contract between the state and those who live in the land of Egypt – I do not say citizens, but nationals, who have the right to everything and anything, but do not even have the right to cry out of pain and injustice.

This is not an invitation for passive or melancholic words, as much as it as an invitation to think about your future and that of your children on the land of Egypt… if you’ve managed to secure your money, dignity, life and that of your children’s, then never mind. Continue to live on the land of Egypt where life here is high-risk, and without predictable consequences.

Emad El-Sayed is an Egyptian journalist who has worked in online journalism since 2000. He was the Editor-in-Chief of Masrawy news website and Deputy Editor of ONA news agency in Egypt. He has received awards from BBC and Deutche Welle.