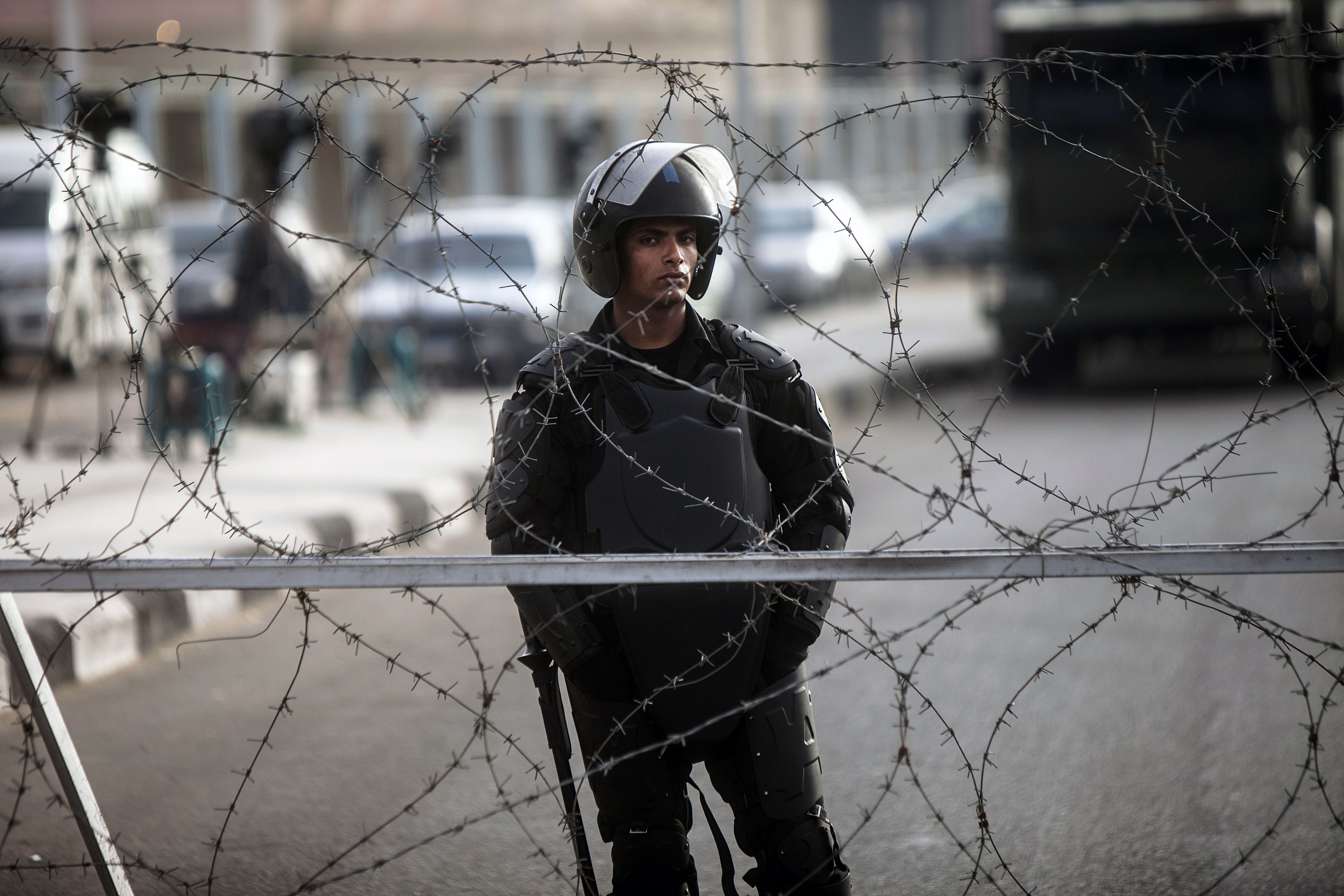 The Egyptian Court of Cassation decided on Thursday to accept an appeal and order retrial on the ‘Abu Za’abal deportations van’ case, in which four policemen are accused of killing at least 37 people in a police van.

Last May the Khanka Misdemeanour Court sentenced one of the policemen, the vice warden of the Heliopolis Police Station, to 10 years in prison and three police officers to a suspended one year in prison.

On 18 August 2013, police officers fired a teargas canister into the vehicletransporting detainees from the Heliopolis Police Station to Abu Za’abal Prison, resulting in the death of at least 37 of the detainees out of a total of 45 prisoners thathad been inside the van.

The four policemen are officially accused of negligence and involuntary murder.

Basma Zahran, one of the lawyers working on the case in the Al-Nadeem Centre for Rehabilitation of Torture Victims stated that legally speaking, this may be a positive step. “It means that the case does not have to end with a not-guilty verdict for the policemen.” However, she added that in the retrial the charges against the policemen need to be modified.”

The fact that the policemen are charged with negligence is “a joke”. They should be charged with “intentional murder”. She added that a retrial is the least of the rights for the families of the victims and that “for any hope of a little bit of justice in the retrial, the charges have to be changed.”

All victims have been political detainees, initially arrested during protests following police forces’ violent dispersal of the RabaaAl-Adaweya sit-in, which had left hundreds killed and thousands arrested, according to Human Rights Watch.

The Ministry of Interior had initially claimed the prisoners died during an escape attempt.

Mohamed Abdel Maaboud, one of the survivors of the incident, previously told Daily News Egypt that the verdict was a “masquerade”, adding that disappointing sentences were expected.

Abdel Meguid Al-Deeb, father of one of the victims, Mohamed Al-Deeb, accused the policemen of purposefully murdering the 37 detainees.

“When you cram 45 men into a vehicle with a capacity of half this number, you are planning a murder,” he said last year during a press conference.