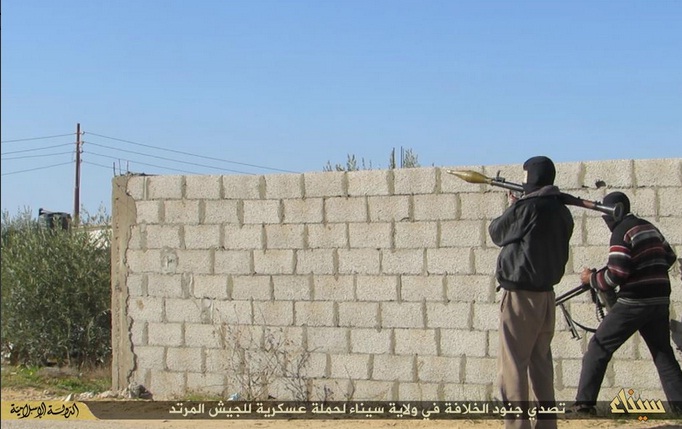 Egypt’s overall security outlook witnessed a moderate improvement over the past year, but serious political and socio-economic challenges remain, alongside the potential for long-term instability.

Violence flared on the third anniversary of the 25 January Revolution, when clashes between security forces and protesters resulted in 66 deaths, according to the Ministry of Justice’s forensic authority.

Clashes on that scale have not occurred in Cairo since then. If unrest and violence characterised the second half of 2013 and early 2014, a modicum of political stability has returned to Egypt after the electoral victory of President Abdel Fattah Al-Sisi in the May 2014 presidential election.

Friday protests staged by the supporters of Mohamed Morsi after prayer services, however, have resulted in numerous deaths, mostly among the demonstrators.

Militant attacks in the capital and other main cities were limited to explosive devices that, in the vast majority of cases, caused few or no casualties. Drive-by shootings targeting security personnel, on the other hand, remain frequent, occurring on a near weekly basis throughout the country.

Militants in cars and on motorcycles have targeted officers guarding government and public sites, as well as police stations, checkpoints, and even off-duty personnel. In most cases, the perpetrators manage to escape, at least immediately after the attack.

In late December, Interior Ministry spokesman Hany Abdellatif said that a total of 153 police officers were killed in the line of duty in 2014 alone.

Outside of the Nile Valley there are other troubling signs of instability. North Sinai, in particular, remains a flashpoint, and the Libyan border has also come to pose a new security threat. Libya’s democratic transition all but collapsed in the first half of 2014, resulting in the proliferation of militias engaged in smuggling and cross-border militant activity. On 19 July, at least 22 border guards were killed in an attack on a checkpoint in the Western Desert. The attackers came from Libya aboard four-wheel drive vehicles mounted with machine guns, and with some carrying rocket-propelled grenades (RPGs). After the attack, they fled back across the border.

The other major attack occurred in North Sinai on 24 October, when an attack on a checkpoint near Sheik Zuweid killed at least 30 soldiers. The government responded with a series of new security measures, including establishing a buffer zone along the border with Gaza, to destroy all smuggling tunnels between Egypt and the occupied Palestinian territories.

Al-Sisi said “foreign elements” had been involved in the 24 October attacks, an indirect reference to Gaza-based militant groups.

The buffer zone was initially set to measure a total width of 500 metres, but the North Sinai governorate has since announced the area will eventually extend to 5km from the Gaza border. The announcement came after the discovery of several underground tunnels measuring up to 1.7km in length.

The process involves the forced relocation of residents in the most densely populated areas of Rafah, and essentially involves the end of the town itself. The government announced that a “new Rafah” will be built farther afield from the border.

Zack Gold, a Visiting Fellow at the Institute for National Security Studies and an expert on the Sinai insurgency, said that security forces still have a shaky hold on security in the region.

The 24 October attacks demonstrated the militants’ armed capabilities. In a slickly produced propaganda video released in November through social media, the suicide bomber is seen driving towards the checkpoint in a red truck. After the explosion, several pick-up trucks packed with heavily armed masked gunmen sweep the site, shooting the surviving soldiers and seizing military equipment. In the same video, the group announced that it would stop using the name Ansar Beit Al-Maqdis and rebrand itself as ‘State of Sinai’, following a pledge of allegiance to the Islamic State in Syria and the Sham (ISIS).

Gold said that the group’s formal affiliation with ISIS represents a “major threat “. He added there is the risk that “disparate groups, which had previously only been loosely affiliated, may now work in a more organised effort to destabilise Egypt from multiple directions: from Sinai in the east and Libya in the west.”

In recent weeks, the self-styled ‘State of Sinai’ has released new propaganda videos and photos, showing masked gunmen allegedly running checkpoints on the Al-Arish international road. They have also posted graphic images documenting the execution of suspected “spies”, attacks on security personnel, and bombings of the Arab Gas Pipeline, which connects Port Said to the Jordanian port of Aqaba.

“Security in North Sinai appears to be getting worse in the area between Al-Arish, Rafah, and Sheikh Zuweid,” said Gold. However, in the peninsula the army “has generally confined State of Sinai militants into this area” he added.

Egyptian military experts tend to offer more optimistic assessments. Hossam Sweillam, a retired general and security expert, said that the security condition is now “better” compared to two years ago. The current insurgency is not affecting the regime, and the situation is “stabilising day-after-day”.

He added however “we are at war and there sure are losses but generally the situation is fine”.

Another security expert, Mohamed Kadri Sayed, said that the armed forces along with the interior ministry, are facing obstacles but the overall trend is “in the right direction”.

He noted that the deaths of security personnel and civilians are “individual cases”. He also compared security in Egypt with that of Iraq, Syria, and Libya, noting that “Egypt’s situation is better; at least people are not scared to go to work”.