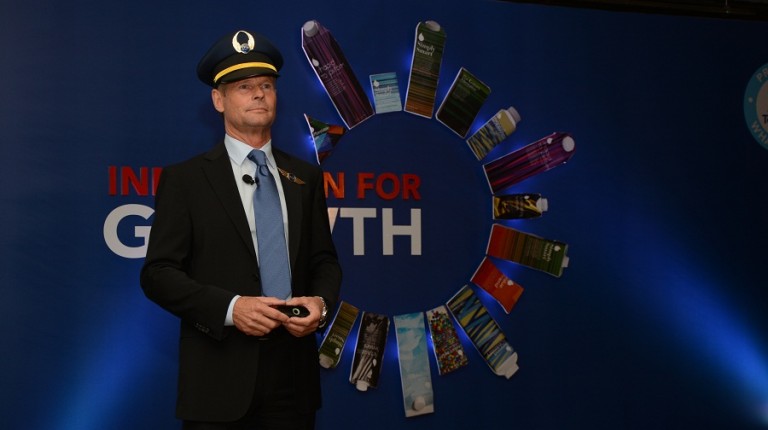 Multinational food packing and processing company Tetra Pak has been active in Egypt since 1981. Daily News Egypt sat down with managing director in Egypt, Andres Lindgren, and talked about the future investment of the company in Egypt.

What are Tetra Pak’s investment plans of 2015?

Tetra Pak’s new investments will focus on upgrading the production lines, in addition to the annual investments in R&D costing a substantial amount through 11 research centres worldwide. The company is to introduce new developed technologies to the market through its partners to help them present safer products to the market.

In case of a long term plan – whether 5 years or 10 years plan – what are the main traits of these plans in Egypt?

Tetra Pak expects that 80% of milk consumed by 2020 will be packed. Egypt is a promising country with flourishing economy, young population and lots of urbanisation taking place. We expect huge growth and introduction of innovative products in the three categories flavoured milk, juice blends, different sizes and blends of cheese.

What are Tetra Pak’s major achievements in Egypt during the past few years?

Established in 1981, Tetra Pak gained a wide existence on the Egyptian market to the extent that the company’s motto of “PROTECTS WHAT’S GOOD” became recognised print on almost 3bn packs of produced cheese, juices and dairy products in Egypt. Given Egypt’s growing population, Tetra Pak is continuously striving to meet the Egyptian consumers’ demands.

During 2013, the campaign hit positive results, with 36% of Egyptian consumers switching to the consumption of packed milk versus 25% during 2011. The results are projected to reach 38.5% by the end of 2014.

What is the size of profit achieved by the company in 2014? And what are the targeted profits by the end of 2015?

The general sales size in 2014 reached €110m and Tetra Pak’s market share is 80% in Egypt. Tetra Pak Egypt sales reached almost 3bn packs this year. We are witnessing good sales rates in 2014 and expect more during 2015. Our customers witness an 8% production increase which is positive as it affects our market sales

What are the main challenges facing Tetra Pak in Egypt during the current time?

The normal business challenges; to provide our customers with the latest technology and innovative ideas to help them grow their businesses and stay ahead of our game.