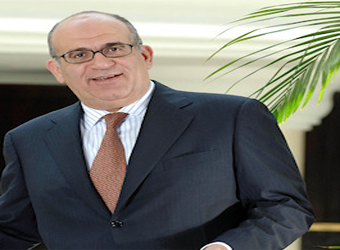 In an interview with Daily News Egypt, Arafa criticised the country’s monetary policy which is adding to the lower exchange rate of the Egyptian pound. He said that this is resulting in an early consumption of roughly $50bn from the aid and monetary reserves. He added: “Our monetary policy is terrible and has to be reconsidered so that the Egyptian pound’s exchange rate can increase.”

What are Arafa Holding’s plans and expansions during 2015?

We are planning to enter several European markets in 2015 as an advance against local expansions. We are closely monitoring the local market to gradually pump new investments with the improvement in the situation.

The company is also looking seriously into entering the German, French, Turkish, Portuguese, and Spanish markets.

We plan to expand our geographical and operational presence to achieve our main goal through focusing on major sectors, which are fine, formal, and casual clothing, while working on increasing the production capacity in markets including textile, tailoring, retail, and allocation.

The administration is working hard to expand allocation and retail in the three sectors, through establishing joint projects and strategic acquisitions.

What is your evaluation of Egypt’s investment climate? What should be done to encourage economic reforms?

The monetary policy in Egypt is bad and is the main reason why Egypt is an importer rather than a producer, and officials have to amend the policy. As a result of the policy, around $50bn was wasted on consumption in order to keep the Egyptian pound’s exchange rate with the dollar. This policy encouraged imports but deterred producers.

Reforms in the economic situation will only be helpful if the Egyptian pound was left at its real exchange rate, even if it reached EGP 14 for $1. This will negatively impact importers and force them to turn to producers, contributing to a shift in the economy from a consuming importer to a producing exporter.

I believe that the economic reforms the government did are good but need implementation. The energy deficiency is huge in parallel with the lack of our foreign resources from tourism and foreign investment to gas import. The government has to speed up the process of resolving the crisis through increasing production and looking for cheap energy sources.

What are the demands of solving the economic crisis?

The president has to adapt an economic policy to gradually shift from imports to production and force importers through lowering the Egyptian pound’s exchange rate against the dollar, which will increase the import cost and push traders to use local production. The worst part is that Egypt is [globally] the largest importer of wheat.

The legislative authority responsible for the economic activity, including easily entering and exiting the market, needs to be fully amended, while activating the single-window system in dealing with investors, amending investor’s bankruptcy law to guarantee his exit from the market, and quickly resolving conflicts to reassure the financial community and the local and international business.