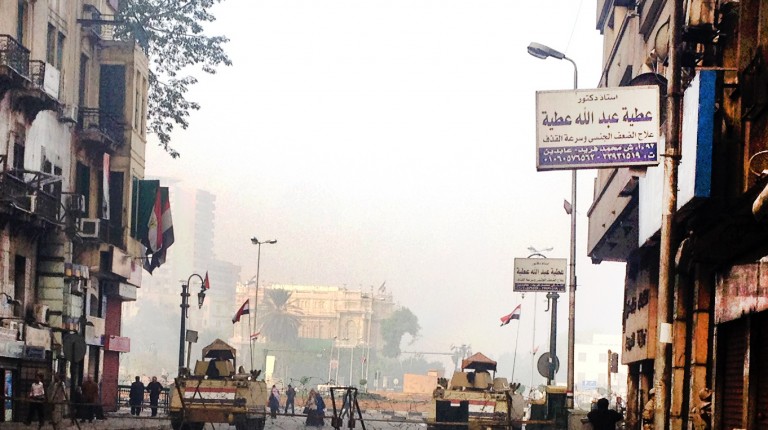 Prime Minister Ibrahim Mehleb ordered investigations into the killing of a woman downtown Cairo on Saturday.

Shaimaa Al-Sabbagh 31-year-old and member of the Socialist Popular Alliance party, was shot dead during the dispersal of a small march near Tahrir Square, as party members said police used birdshot against civilians.

An eyewitness said in a released video that police forces shot her. “The police shot our colleague while a senior member of the party was discussing with a high rank officer,” Abdul Hamid Nada said in his testimony.

“We were not saying anything offensive to the regime; we chanted slogans about social justice. We informed the party officials of it and they were discussing.”

On Saturday afternoon, the party said that a peaceful march from their office to Tahrir Square was violently dispersed and that some members were shot, reporting Al-Sabbagh was taken to hospital in a deteriorating condition.

Shortly after, the group reported her death, which was later confirmed by the spokesperson of the Ministry of Health Hossam Abdel Ghaffar who stated on Al-Hayat TV channel that she sustained birdshot wounds in the head.

A member of the party who spoke to Daily News Egypt on the phone said others were beaten and arrested including their secretary general Talaat Fahmy in addition to the injuries of more than one.

Meanwhile, the Ministry of Interior issued a press statement saying a group of people using fireworks were protesting and six of them were arrested, adding further investigations were being carried out, and warning citizens from “participating in such assemblies due to the intervention of terrorist elements that endanger public life”.

The news has already been widely shared on activists’ social network accounts sharing photos of the victim, as 6 April Youth Movement condemned the incident and called for protests on Sunday, the fourth anniversary of the 25 January Revolution.

On the other hand, security forces intensified their regular safety measures against protests, with the deployment of military vehicles at the entries and of the Tahrir Square. Police forces find themselves entitled to disperse protests by force, as public assemblies without prior approval are now banned under Egypt’s Protest Law.

Last year, the Cairo Institute for Human Rights Studies (CIHRS) estimated the death toll during commemoration rallies on 25 January at nearly 60 while media reported the health ministry’s numbers less by half. “Most of whom died after being wounded by live ammunition used by security forces to disperse demonstrations,” CIHRS stated.

Dozens of arrests were reported, and CIHRS condemned the arbitrary practices and violations of civilians such brutality and preventing detainees from their lawyers’ assistance which extended to physically assaulting lawyers.

On the first day of the revolution in 2011, Mostafa Ragab was shot dead in a main square in the governorate of Suez. His mother had expressed her disappointment in December following the verdict in the case of Hosni Mubarak and his aides, dropping charges of killing protesters during the 18-day protests of 2011.

“I waited four years for a fair judgment but in vain,” she reportedly told state-run media Al-Ahram last November.