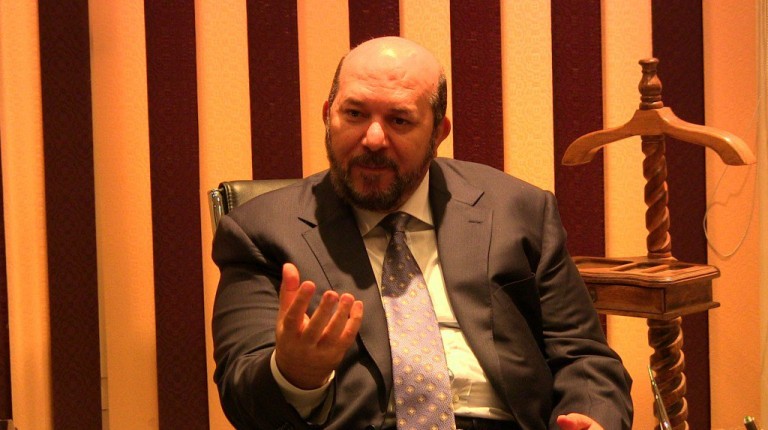 Suez Steel Co has received final approvals for a rebar licence from the Industrial Development Authority according to company head Gamal Garhi during an interview with Daily News Egypt. The value of the licence was EGP 45m, he explained.

Suez Steel Co was founded in 1998 through the support of Abdul Aziz Sedky, Prime Minister of Egypt at the time. Garhi purchased the company in September 2006 and injected investments worth EGP 14bn into various factories.

What is your opinion on what the investment and business environment will look like in Egypt throughout 2015?

My view of the future has changed into an optimistic one following the pessimism that resulted from the reactionary ideas and difficult circumstances experienced by Egypt over the past three years. These circumstances had the potential to stop all growth and progress within the country. My optimism originates from the current Egyptian regime and its attitude on institutional, administrative, economic, and political reform. However, we are awaiting the results of the reforms on the ground, including the new investment law and ‘one-stop shop’ investment window system to stamp out the bureaucracy and encourage business. A law must also be passed to protect workers’ and employers’ rights and maintain economic activity.

The steel industry is strategic and we manufacturers fought for investment in recent times, but instead, the government unfairly burdened us by raising prices for production components, especially energy. The state must help us businessmen because we are nationalists and contribute to decreasing growth rates. The government’s moves must match those of President Abdel Fattah Al-Sisi, which are rapid and aimed at bringing about an economic renaissance and overcoming a growth slowdown and budget deficit due to weak tourism and a lack of hard currency.

What about your company’s plans and expansions throughout 2015?

Suez Steel has already managed to obtain final approvals to allow for the production of reinforced steel worth EGP 45m from the Industrial Development Authority, and we recorded $100m in investments this year, a portion of which went to the reinforced steel factory.

What about funding mechanisms for expanding your company, will the bank or self-financing be used?

Financing for expansions, estimated at $100m, will be divided equally between bank and self-financing through shareholders. We will conduct consultations with several banks to provide the required funding in the coming days.

The industry has already been exposed to the worst conditions, like unrest, popular anger, and worker sit-ins and strikes, but the iron and steel industry did not stop. This is a strategic industry, from which the government gains sales tax, income, profits, and insurance.

But adjusting gas prices for steel mills in recent times has generated greater costs. The government raised the price of gas from $4 per million BTUs to $7 per million BTUs, which is not paid or borne by the largest steel manufacturer in the world. Gas is used as a raw material for the steel industry, and production costs are driven up as gas prices rise. Suez Steel Co has supplied investments worth approximately EGP 14bn since 2009 through to now and is seeking to increase production rates for the current year.

Since the pound has fallen against the dollar, what is the impact on the steel industry?

Monetary policy makers should announce their policy to interact with exchange rates in a clear and transparent manner in coming years in order to reassure existing investors and recipients about their investments. There must be constants in the economic system in terms of fiscal and monetary policies, as is true in all countries of the world. It is unacceptable that we suddenly wake up to higher taxes and a lower price for the pound. The state now rewards importers and punishes producers by defending their work, and we as manufacturers struggle to obtain dollars to import raw materials for industry. Final product importers obtain all their dollar needs quickly and in their entirety. This encourages imports and weighs production down. I ask that the state give directives to banks to make dollars available to producers to import raw materials at the expense of final product importers in order to encourage manufacturing and production to the detriment of imports.