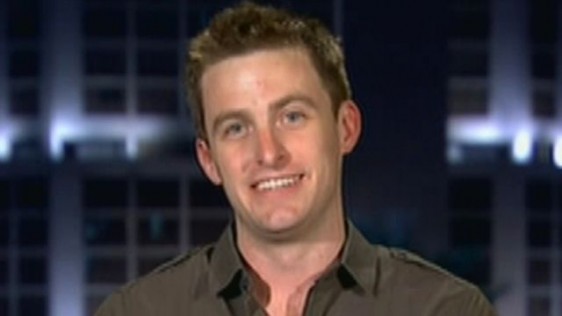 There was a dramatic shift from electing the Muslim Brotherhood, to rejecting them, to encouraging their killing. All of this aided by the “complicit media”, Bradley said, who added that “wild conspiracy theories were printed on front pages”.

There is an overwhelming feeling of xenophobia and fear of the perceived “US and Israeli backed Muslim Brotherhood threat”, he explained.

Having lived in Egypt for six years, Bradley believes the country is facing a lot of internal divisions, but there is no evidence it is under attack from an extra enemy, the Brotherhood threat is simply made up.

The media pointing out obvious truths is put in the same ranks as being a traitor, and balanced reporting has become a betrayal, Bradley stated, adding: “This is where my worry comes from.”

“There is no puppet master,” Bradley believes. The media believes that attacking the Muslim Brotherhood is defending the state, and doing otherwise means destroying Egypt.

Bradley sees very little difference between state and private media. “Private media do not want to be attacked,” he asserted.

In response to the jitters of ‘Egypt turning into Syria or Iraq’, and the use of the catchphrase to dismiss any criticism of government, Bradley said that he could not think of a time when telling the truth to the public created a crisis.

Now, well after the 9/11 events in the US, nobody said public opinion needed to be on the side of the government, and that this is something necessary for national security, he maintained.

Having fair media and exposing what is true is something the public can handle and not doing so is underestimating the intelligence of the Egyptian people and treating them like children, Bradley believes. “If the state sees that the people can’t handle the truth, what does that say about it?”

“I hope Egypt prevails, and gets past this delicate moment,” Bradley concluded.