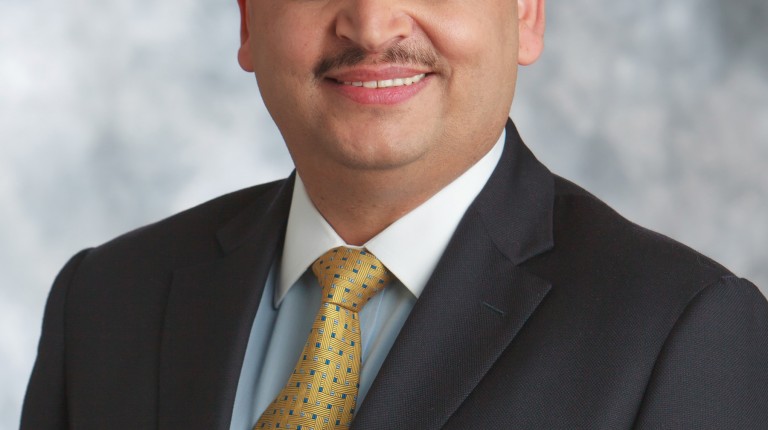 Nobel Laureate in Chemistry, the late Richard Smalley, once ranked the “top 10 problems of humanity for the next 50 years”. Interestingly, energy and water came in first and second on that list. His rationale for energy featuring at the top was that most, if not all, of the other problems could be either resolved or alleviated by the availability of affordable clean energy for all.

Affordable, clean energy and ready access to freshwater are also arguably two of the most pressing challenges for the Middle East. Studies suggest that, today, the average citizen in the region has access to a little over 1,000m3 of renewable freshwater, as compared to a global average of over 7,000m3.In fact, according to the World Bank, 14 of the world’s 20 most water-scarce countries are in the Middle East and North Africa (MENA) region. To further intensify the issue, experts estimate that domestic water demand will more than triple over the next three decades as a result of a growing population, rapidly developing urban economy and projected climactic changes.

To meet the rising water demands in a region that is typically arid, governments have turned to large scale desalination and wastewater treatment. Notably, the MENA region accounts for about 38% of global desalination capacity. While Egypt has historically relied on the Nile for its freshwater needs, it is rapidly ramping up its desalination capacity, in particular to supply the requirements for the nation’s tourism industry and for power generation.

Desalination is typically the process of seawater or brackish water separation into a freshwater component and a brine concentrate. Desalination methods are predominantly of two types – thermal desalination which uses heat to vaporise freshwater, and membrane desalination or reverse osmosis (RO), which makes use of high pressure to separate freshwater from seawater, using a membrane. Reverse osmosis is now a mainstream desalination technique, primarily because it is more energy efficient than thermal, requiring only electricity to operate, while thermal also requires heat in addition to electricity.

In fact, the desalination process, by nature, is highly energy-intensive; in RO systems, energy consumption can account for almost 30% of the cost of desalinated water. Furthermore, when desalination is powered by hydrocarbons, whether the country consumes its own resources or imports fuel, the economic cost is significant.

Additionally, there is the significant environmental impact of burning fossil fuel on the scale that desalination and other methods of water treatment require. The point being that, simply relying on conventional energy sources for desalination cannot be a sustainable model, given the substantial economic and environmental costs involved.

In the face of this mounting challenge, let’s not forget that Egypt is fortunate to receive some of the highest levels of solar irradiance on the planet, a natural resource that is unlimited in supply, renewable by nature and inherently clean.

It is only logical that, as Egypt explores the potential of solar power to address its energy needs, the country also considers it as a source of electricity to power its desalination facilities. When it comes to desalination, the economic benefits are undeniable.

Solar can reliably complement conventional energy sources – particularly, in terms of addressing peak energy needs, or peak load shaving – and help offset the use of conventional fuels for domestic consumption, thus freeing hydrocarbons for export and reducing reliance on imports. Additionally, there is a significant decrease in operational and maintenance costs of plants, primarily due to the fact that minimal water and almost no fuel are required to generate solar energy. Finally, solar is a clean and renewable energy source which ensures that greenhouse gas emissions are kept to a bare minimum.

We witnessed these benefits firsthand at the 10 MW Greenough River Solar Farm in Western Australia that First Solar helped construct and which is powered by our advanced thin film modules. The facility, Australia’s first utility-scale solar power plant, was built to offset the power requirements of an RO seawater desalination plant south of Perth.

Despite the obvious benefits, current research on desalination shows that across the Middle East, less than a percent of total desalinated water is produced using renewable sources. However, as efficiencies, reliabilities and economies improve; policymakers across the region are earmarking investment and committing to large scale renewable desalination projects.

With the rapid advances in technology and the rising number of installations across the Middle East, it is only a matter of time before the sun becomes a significant power source for the region’s energy-intensive industrial activities, including desalination.

If only Smalley had lived a few more years, he would have been heartened to see the rise of solar as the energy solution to the world’s water challenges. Egypt, on its part, has an opportunity to set a global benchmark for solar-powered desalination. For now, however, as technologies keeps evolving and attitudes towards solar gradually undergo a positive shift, it would serve the country well if the business community would rally in support of efforts to recognize solar’s crucial role in the energy mix for producing potable water.

Ahmed S. Nada is the Vice President for the Middle East at First Solar. First Solar is a leading provider of solar energy solutions and has over 9 GW of modules installed worldwide