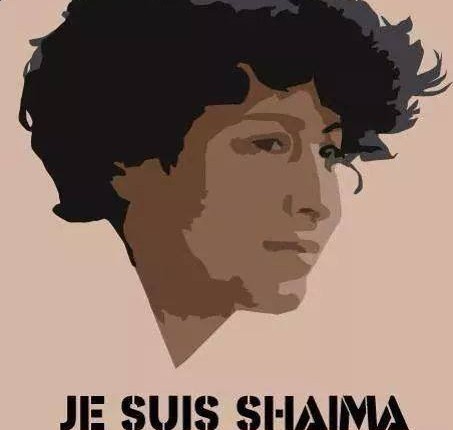 Prosecutor General Hisham Barakat ordered policemen who were on duty during the violent dispersal of a limited march in downtown Cairo on Saturday, in which Shaimaa Al-Sabbagh was killed, to be called in for questioning.

He also ordered the examination of their work records of names, tasks, and details about carried and used weapons, state-run newspaper Al-Ahram reported on Monday.

On Sunday, five people provided their testimonies of the incident to the prosecutor general, according to a press release reported by Al-Ahram.

The Socialist Popular Alliance said its members Sayed Abul Ela, Hossam Nasr, Mostafa Abdul Al, and Mohamed Salah were released Sunday, along with doctor Maher Nassar. All of whom were arrested trying to provide medical assistance for Al-Sabbagh.

The party also said its secretary-general Talaat Fahmy was released.

Controversy erupted as political parties such as Al-Dostour Party, and other politicians and TV presenters reported on the issue, with some demanding the resignation of the interior minister.

Minister of Interior Mohamed Ibrahim said in a press conference Monday that police forces are not armed during protests, except for tear gas, adding however that he was going to respect the results of investigations.

While Ibrahim said he was going to ensure the trial of any policeman charged, he added: “Violations might occur, but does this mean we have to hold an entire entity working on citizens’ protection over an individual’s mistake?”

Eyewitnesses, including some of the arrested, have reported their testimonies on the incident.

“After I testified, I was surprised that prosecution authorities turned me from an eye-witness to a suspect under questioning, claiming I was arrested, which we objected to because I had come of my own will. They also said the police dispersed the protest with water, but the protesters resisted them,” Soleiman said on her Facebook account Sunday.

“I was having lunch at Café Riche with family and friends at around 3pm when I heard the march passing so I went out to watch and saw nearly 25 to 30 people walking with flowers down the street near Talaat Harb Square. I met Helmy Al-Shaarawy, Talaat Fahmy and Elham El-Merghany along with other members of the party. Police sirens were heard and policemen started getting closer to the protesters, some of them were masked carrying long black rifles.

“My son urged me to leave saying they will start attacking, but I told him I was used to tear gas. I had not completed my sentence when the shooting and the gas started. The police started chasing people and I knew somebody had fallen but did not know who or whether it was a man or a woman until I got close to the café again, and there I had a glance at her and saw some blood. I did not see her face but heard the person with her shouting ‘ambulance’ as a masked armed officer approached them.

“The officer dragged Talaat back to Talaat Harb Square and the girl’s friend took her away. I don’t know the exact details. I saw the police arresting two young men I didn’t know. I started posting on social media on my way home and my friends updated me on the girl’s death, as a well as Talaat and the others’ deportation to Qasr El-Nile police station.

“In shock over her death, I went to the Zeinhom Morgue and saw her family and friends screaming and crying, and I also found out that the victim had a 4 or 5 year-old son. Lawyer Ahmed Ragheb asked me if I was willing to testify and I agreed. A group of eyewitnesses and lawyers headed to the Abdeen prosecution. After nearly an hour the chief prosecutor came to meet us and took our IDs, including my lawyer’s permit, as verbal disputes erupted between him and the rest of the lawyers.

“After more than five hours I was finally able to provide my testimony, in the presence of Ragheb. I said I was there by coincidence, the protest did not exceed 30 people and was peaceful, police forces were much bigger in number in comparison to protesters, and they were masked in a frightening way that suggests they were planning ’treachery.’ I also said that the police fired birdshots and teargas minutes after the protesters started chanting ‘bread, freedom, social justice’. I told how they chased the protesters and attacked them and testified that the police killed Shaimaa.

“They started asking me about a protest without an authorisation and the protesters’ use of fireworks and stones on police forces. I denied everything and told them it was lies and fabrication.”

Soleiman was later released, but for a while she did not understand her legal situation. “The regime is determined to scare and silence all voices, even if it was a word of truth said in a testimony. The laws are being manipulated to the benefit of the regime.”

“At midnight, when I had expressed my anger on the prosecution’s delay, the head of the prosecution told me I was free to leave if I wished to do so, which shows how little they cared about my testimony, and how violated one gets in trying to help those who were wronged.”

“They took Shaimaa from our arms when she was dying and left her on the streets bleeding without help,” Abul Ela stated in his testimony on his Facebook account.

“While security forces were dispersing the assembled members of the Socialist Popular Alliance Party with tear gas and birdshots, Shaimaa stood still and did not run away. She was shot with birdshots and immediately fell on the sidewalk next to Air France Company (in Talaat Harb Street).

“Hossam Nasr carried Shimaa, who was injured, and then as I was helping him, the police arrested Nasr and prevented him from helping me carry Shimaa. The police was standing in front of Al-Shorouk library in Talaat Harb Square and aimed at Shaimaa and other members of the party, coming from behind her and shooting. I could clearly hear shots being fired at Air France’s glass.

“I started seeing blood coming from Shimaa’s head on the left side so I immediately carried her to the other side of the road and rested on the sidewalk in front of Café Riche, but the police kept chasing us and shooing. Mohamed Saleh, a fellow party member was with me. A police officer, whose name I don’t know, but who I can accurately describe, came near and I asked him to call an ambulance, but he ignored me.

“Mostafa Abdul Al carried Shimaa once more to another nearby café called Zahret El-Bostan, where we sat her down, trying to look for an ambulance but we were unable to find any, and cars and taxis did not stop for us because the police were surrounding the area. A doctor named Maher Nassar sitting at the café tried to assist Shaimaa, but the same officer who had ignored me the first time came again with a policeman in uniform and refused to allow us help, arresting us instead.

“The doctor, Abdul Al, Saleh and I desperately screamed for help and demanded an ambulance for Shimaa. [Instead, they] locked us in a security vehicle which drove us to Qasr El-Nile police station.”

“I tried to feel her heart beating, but she passed away between my arms,” Attia said in her testimony in a phone call to Mehwer TV channel.

“I was in a nearby street to the march. Their group was made up of no more than 20 or 30 people, but security forces started firing tear gas and birdshots on the protesters. I was near Zahret El-Bostan café when a young man carrying Shaimaa arrived. He was the man wearing orange in the videos. I did not know Shaimaa, but her colleagues tried to rest her on a chair and called for my help because I was the only woman present.

“I tried to assist her, as the group covered us amid ongoing shooting from the police side. She was injured in the head, and this is where most of the blood came from, which I failed to stop with my hands. She was still alive, but her heart beats were extremely slow. Suddenly, a police car and vehicle arrived at the café, and a senior officer who appeared several times in the released videos stepped out, followed by a number of conscripts, some wearing civilian clothes and others masked and armed.

“They approached us and arrested everybody, including the party’s secretary-general Talaat Fahmy. I saw them getting beaten and started to talk to the senior officer asking for an ambulance. He yelled at me to ‘shut up’ and they took the others in their vehicle.

“I was left alone with Shaimaa in the streets, screaming for help. It was chaotic, I had Shaimaa’s bag, opened it and took her mobile phone, but did not dare to call her mother, whose number was available. At the same time, she had a second phone which was ringing. I picked up, and a person who said he was named Hossam, spoke to me as I was explaining the situation. Shaimaa was taking her last breaths.”