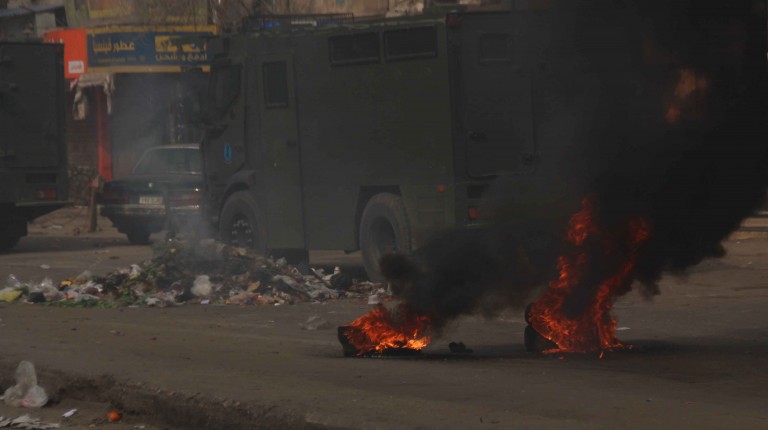 Following the demonstrations, clashes, and deaths that marked the fourth anniversary of the 25 January Revolution, the United Nations and governments across the world issued comments scrutinising the severe response of the Egyptian police and security forces.

A Tuesday statement from the UN High Commissioner for Human Rights Zeid Ra’ad Al Hussein said that he was “deeply disturbed by the death of at least 20 people during clashes between security forces and protesters in Egypt since Friday”.

Official government sources have so far confirmed that at least 23 died and 97 were injured across Egypt on Sunday, as protests turned into violent clashes and dispersals. The figures made the day more bloody than the protests they were to commemorate four years earlier, but less so than the over 64 reported dead on the 2014 anniversary. Sunday also followed days of clashes that included the high-profile deaths of two female protesters, deaths that were also covered in a critical Human Rights Watch analysis on Monday.

At a Monday press conference Minister of Interior Mohamed Ibrahim said that security forces were measured in their response to public demonstrations. He said: “If it was not for the security forces’ decisive role yesterday, we could have seen a different Egypt today.” He continued, claiming that none of the 23 killed yesterday were shot by the police.

However, rights groups such as the Association for Freedom of Thought and Expression (AFTE) confirmed eyewitness accounts that challenge the minister of interior’s account, reporting that they “monitored police forces using tear gas, bird shot and live bullets on protesters”. The report said that “the police violated all the rules governing handling demonstrations, including the Protest Law legislation”.

Whilst condemning the violence and death on both sides, the High Commissioner stressed that it is also an imperative that detained peaceful protesters should be released.

“The long-term stability of Egypt is only possible if fundamental human rights are respected. Otherwise people’s grievances will fester and feelings of injustice will grow, creating fertile ground for further social and political unrest. It is in the interests of all sides to engage in meaningful dialogue and to make efforts to find peaceful solutions to Egypt’s many problems,” the Commissioner said.

However, in a statement on Tuesday, Ministry of Foreign Affairs Spokesman Badr Abdelatty took issue with the coverage of the events. He said: “Egypt expresses its displeasure at the lack of balance in external reactions about the recent violence.”

Abdelatty continued that there has been a lack of impartiality from observing bodies, including an “omission of the killings, arson and intimidation by supporters of the Muslim Brotherhood terrorist group and other infiltrators of crowds of innocent citizens”.

The Egyptian Ministry of Interior has maintained that many of the protests were not peaceful, and amongst them were terrorists armed with live weapons that mandated the security response.

Nevertheless, the British Minister for the Middle East Tobias Ellwood, took the opportunity to criticise the militant attacks that struck the country in a Monday statement: “I deplore the deaths in Egypt in recent days. The UK condemns the acts of terrorism and stands by Egypt in the fight against terrorism.”

However, Ellwood continued with a similar message as the UN commissioner: “We are also deeply concerned by the use of deadly force by the police against demonstrators. Egypt’s long-term stability and success requires protection of the rights that underpin peaceful politics, including accountability of the security forces and revision of the demonstrations law.”

In a press briefing on Monday, Jen Psaki, US Department of State spokesperson, took a similar line on the violence: “Whether against peaceful protesters or security forces, we urge the Egyptian security forces to show restraint and to provide a safe environment in which Egyptians can peacefully express their views. We urge all Egyptians to exercise calm and restraint, and to unequivocally condemn all acts of violence.”

Peaceful protest is “one of our universal values that we talk about around the world”, she added.

However, in a strongly worded condemnation, Turkey’s Foreign Ministry took closer aim at the Egyptian government. It said: “It is impossible for the Egyptian administration to provide stability and security to its people with this marginalising and repressive behaviour.”

The Ankara statement, which was only available on the Turkish-language version of the ministry’s website and was absent from the English and Arabic mirrors, denounced the “disproportionate use of force” on peaceful demonstrators with “legitimate demands”.

Turkey called for the international community to recognise the abuse of fundamental rights and freedoms in Egypt. “God have mercy on our brothers and sisters who lost their lives, and a speedy recovery to the wounded,” it continued.

Turkey has had a strained relationship with Egypt since the ouster of former president Mohamed Morsi. The ruling Turkish AKP party supported Morsi’s affiliated Freedom and Justice Party, and has consistently maintained that his removal was a military coup.

“Turkey will continue stand by its Egyptian brothers in their struggle to restore inclusive and genuine democracy in the country,” the statement concluded.