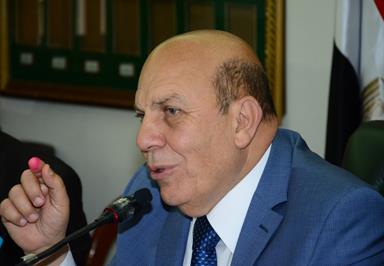 Fourteen local governors are expected to be replaced by the end of January, Minister of Local Development Adel Labib announced in a press conference Tuesday.

Labib added the announcement will be made during the weekend or upon President Abdel Fattah Al-Sisi’s return from the African Summit on 31 January, according to state-run newspaper Al-Ahram.

Labib had earlier met with Al-Sisi and Prime Minister Ibrahim Mehleb, to discuss and choose suggested candidates, a presidential statement said on Tuesday.

The local development minister is also responsible for establishing a list of suggested candidates. These will be drawn up after consultations with the concerned state’s monitoring institutions in administrative, security and financial affairs, and discussions with candidates.

“The minister only established the list of candidates but does not interfere with the decision process, which is in the hands of the presidency,” ministry spokesperson Lamiaa Mohamadein told Daily News Egypt Wednesday.

Al-Sisi had expressed discontent with the performance of some government officials including some ministers. Without specifying which officials, Al-Sisi had announced in an Al-Ahram interview in December that a “wide replacement” would occur this month because “the government needs much more than what is being done”.

During his visit to the Unites Arab Emirates earlier in January, Al-Sisi said that 90% of the people he asked refused to take governor positions, with his search for governors lasting for at least four months, MENA reported.

People are afraid to take responsibility and do not want to be under media attack, Al-Sisi reportedly said. Unconfirmed media reports by state media and others said the changes will include Cairo, Giza and Alexandria.

Meanwhile, the parliament should be elected by the end of April and a new government will be formed but Al-Sisi told Al-Ahram that it was possible to replace some ministers before that.