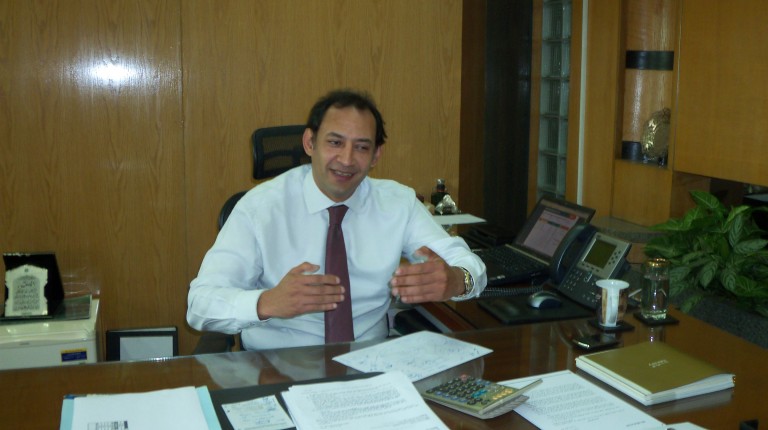 Barclays targets a 10% growth in the deposit portfolio by the end of this year, according to the head of the retail banking sector, Hazem Hegazy. Hegazy said, during an interview with Daily News Egypt, that the bank will develop new activities that never existed before.

How much is in the loan portfolio at the moment?

The loan portfolio at the moment is EGP 3bn, and we hope to raise it to EGP 6bn by the end of the year. The economy is currently growing as political stability improves. The last promise of the roadmap is about to be fulfilled with the upcoming parliamentary elections.

What about the bank’s deposits at the moment?

The deposits value at Barclays Bank is EGP 14bn, and we expect a growth rate ranging between 7% to 10% by the end of this year.

Barclays deals with key customers, and has strong programmes concerning the management of deposits.

In retail banking, we expect an increase of EGP 1bn in light of activity growth in Egypt during the current period, and new banks focus on the activity.

Loans for companies are expected to increase by EGP 2bn.

You mentioned that retail banking is amongst the new activities – how do you view it?

Retail banking is a promising activity. It works to support the growth rates targeted by the government during the current and the upcoming period. It also raises the living standards of individuals, and the stability of the goods and services market.

Will the bank begin new activities during the coming period?

We are seriously considering working in real estate mortgage this year, as it has not been part of the bank’s activities during the past period.

Not only does the bank aim to develop new activities, but it also seeks to raise the efficiency of services it is currently offering in order to make the bank one of the best in Egypt.

How many Barclay branches are there? And are there plans to open more?

The bank has 56 branches at the moment and we have a plan to make them 60 by the end of this year. Two branches will be opened in 6th of October City, a branch in Alexandria and another in Abbaseya.

How do you view the Egyptian economy at the moment?

The Egyptian economy is on the right path and the upcoming period will be much better than the past periods, because during the past four years the economy faced lots of crises. Banks have a main role in increasing growth rates through loans offered to projects that increase growth rates and jobs.

The government is seeking to create strong investment opportunities, which will be presented in the Egyptian Economic Summit in March in Sharm El-Sheikh.

What do you say about the brain-drain in government banks compared to private banks because of the maximum wage?

Government banks managed to create great leaps in profits during the past months and will continue to achieve that. Efficient individuals who have worked for years in government banks have created more individuals capable of leading the work within these giant institutions afterwards.

Will this affect the overall banking system’s ability to work?

I don’t believe so, government banks are strong, and the evaluation of an administration’s success depends on its ability to create more efficient individuals.

When will we see bankers leading government work or one of its ministries?

Well, I’m not sure, but bankers managed to work very well within their financial institutions and they are capable of working in the state’s administrative system whenever they’re asked to.

Bankers will never hold back from helping the country. They’re Egyptians who managed to benefit from foreign expertise, work with the private sector and think outside the box.