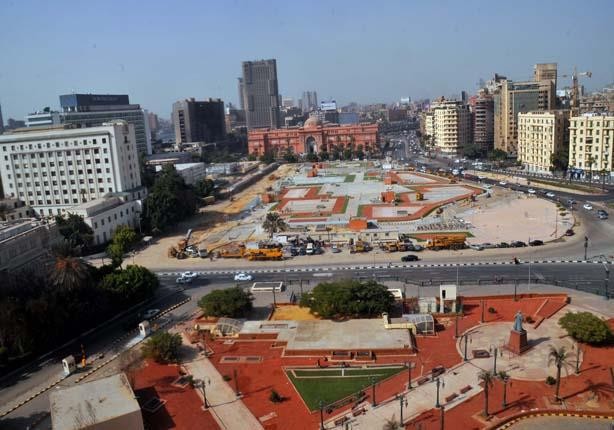 During the ceremony, Mehleb said the garage is a milestone in changing the contours and shape of downtown area and Tahrir Square. He added that the garage is built on an area of 20,000 sqm and comprises four underground floors, to accommodate approximately 1,700 cars. It also includes a private garage that accommodates 24 tourist buses. The garage is worth over EGP 675m-worth of investments.

Saeed said the project will effectively contribute to the improvement of traffic in Tahrir Square and the surrounding area, and will restore a civilised appearance to the city centre. It will provide alternative parking places for the largest possible number of vehicles, especially when running in conjunction with the Omar Makram garage’s capacity of 600 cars.

He added that this comes in parallel steps with the firm imposition and implementation of the traffic law to stop parking around the garage area. Galal also said the area has been extended, in coordination with the General Directorate of Traffic Police, as an important step to successfully fulfil the garage’s aim.

Saeed said the square and the surrounding area have witnessed a boom of development and improvement through some minor traffic amendments to streets leading in all directions. It also connects all of the garage’s entrances and exits to the traffic flow and map.

Developments are made to facades of buildings overlooking the square, including the Mogamma complex, Omar Makram Mosque and the American University in Cairo (AUC) campus, as well as buildings of outstanding architectural features overlooking the square. This comes as a part of Khedivial Cairo development plan, executed by the governorate’s offices, Saeed said. The development plan aims to evoke the most civilised appearance of Tahrir Square as an important icon to the revolutions of 25 January and 30 June.

Saeed pointed out that 21 new air conditioned minibuses were allocated to serve the patrons and visitors to the area around downtown. These buses have an easily-distinguishable white colour and run along three paths around the garage. This step was established to ensure the success of the primary objective of establishing the Tahrir garage, restoring traffic discipline and flow around downtown.

Galal noted that a fare for using the garage has been set, and several options were provided in terms of hourly or monthly use for individuals and institutions. A prepaid card service has been provided as well.