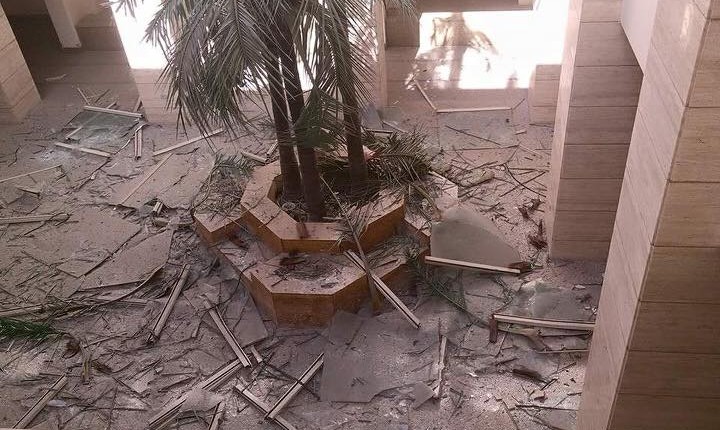 Egypt is full of ancient treasures, monuments and antiques which go back to the ancient glories that Egypt has witnessed. Most people only know about the ones in the Egyptian Museum, the pyramids and the temples of Luxor and Aswan, without knowing about the amount of treasures that exist in Sinai.

Al-Arish National Museum is one of the few antiquities holders in North Sinai where there are lots of monuments from the Pharaonic period, Graeco-Roman era, drawings of the Coptic and Islamic antiques.

During the attacks that Sinai witnessed Thursday night by the militant group ‘State of Sinai’, and which led to at least 30 military deaths, part of the museum was destroyed due to the bombings.

The main front and one of the sides of the building were totally destroyed, and as a result collapsed, according to Ahmad Sharaf, Head of the Museums Sector at the Ministry of Antiquities.

Sharaf confirmed that none of the antiques in the museum were affected or lost during the attacks.

“All of the precious antiques in the museum are saved in the basement of the building, as it was built to be a warehouse for them,” said Mohammed Fawzy, the former head of the ministry’s Museums Sector.

“The people who are responsible for the attacks are simply sick and hate themselves before they hate anyone else,” Fawzy said.

The museum was opened in 2008 by former first lady Suzanne Mubarak, with the building itself costing approximately EGP 45m.