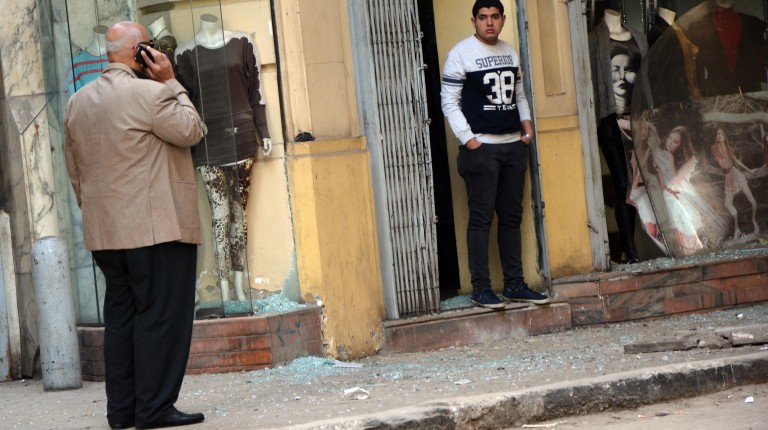 An explosive device went off Tuesday morning in Qasr Al-Nil Street, Downtown Cairo, which resulted in the shattering of the windows of surrounding shops, state-run newspaper Al-Ahram reported.

There were no casualties reported.

Another bomb went off on Tuesday in west Alexandria, close to a gas station, also with no injuries reported.

Meanwhile, two more bombs were dismantled in Cairo International Airport on Tuesday morning, which rendered the Ministry of Interior to raise the security alert.

In a separate incident on Monday evening, a bomb was dismantled in Qaliubya planted by unidentified men.

Small bomb explosions have become a frequent occurrence since the ouster of Mohamed Morsi in July 2013. Usually the perpetrators are unidentified, while government sources often point to members of the outlawed Muslim Brotherhood.

Last months, bombs were found in Alexandria, Fayoum, Greater Cairo, Kafr Al-Sheikh and Aswan, in most cases dismantled before exploding.

However, the frequency of explosions in Egypt’s heartland is sparse compared to North Sinai, where violent attacks take the form of an armed insurgency, with the most recent attack on 29 January targeting security facilities in the area.