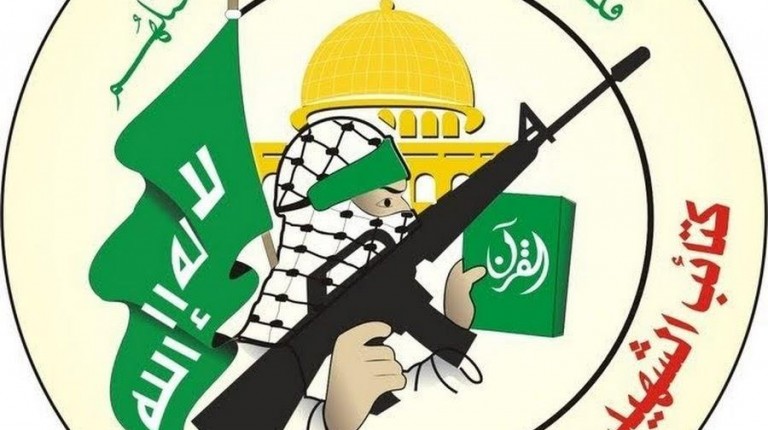 A large rally broke out in the northern Gaza Strip Monday evening in condemnation of an Egyptian court ruling designating the Al-Qassam Brigades as a “terrorist” organisation.

The Cairo Court of Urgent Matters designated Al-Qassam Brigades, the Hamas movement’s military wing, as “terrorist group” on 31 January, accusing it of “participating in terrorist operations” and recent violence in North Sinai.

The lawsuit argued that the brigades used the smuggling tunnels connecting Egypt and the Gaza strip to enter the country. It argued that these tunnels were used “to finance its terrorist operations, smuggling weapons to attack police and army personnel, as well as terrorising civilians” .

North Sinai is currently witnessing a rising insurgency since the ouster of Muslim Brotherhood Former President Mohamed Morsi in July 2013. Almost all the attacks were claimed by Sinai based militant group ‘State of Sinai’, formerly known as Ansar Beit Al-Maqdis.

Following the 24 October and 29 January attacks, the two largest in Sinai since Morsi’s ouster, President Abdel Fattah Al-Sisi referred in two speeches following each attack, to the involvement of foreign elements in the Peninsula’s insurgency.

However, Hamas has denied the accusations on several occasions.

Hamas leader Mahmoud Al-Zahar told Daily News Egypt there are no headquarters or individuals belonging to the group in Egypt, and there is no proof Hamas interference in Egyptian affairs.

He referred to the verdict as “one of the most dangerous decisions” taken by the Egyptian Judiciary, but added that Hamas did not address the Egyptian side regarding the verdict.

Public Law and Political Systems Professor and leader of Fatah movement Jehad Al-Harazin said the “Egyptian judiciary is fair and impartial”. He added that Egypt has every right to question whoever is interfering in its affairs. Accordingly, Egypt is punishing Al-Qassam Brigades for their intervention in Egyptian affairs, which has nothing to do with Palestinian people.

“Egypt has always been on the side of Palestinians” as it plays an important political and humanitarian towards Palestinians, he added.

Egypt played a role in brokering a ceasefire agreement between Hamas and Israel in August 2014 to end a 50-day-long conflict during the summer of 2014. The conflict left at least 2,000 Palestinians dead, 10,000 injured, and the infrastructure of the strip severely damaged.

The agreement was followed by indirect negotiations where Hamas among other Palestinian factions were hosted in Cairo, to resume talks concerning the ceasefire agreement. The talks were postponed back then, following the 24 October attack in Sinai.

Al-Zahar noted that Egypt is now making it “harder” to play the role of the mediator in any future negotiations between the Israelis and the Palestinians. If any conflict arises in the Gaza Strip, Hamas members run the risk of being detained as “terrorists” if they came into Egypt.

The Al-Qassam Brigades noted in a Monday statement that it “cannot be affected by an Egyptian court’s decision to ban them and considered terrorist group”, referring to the court’s decision as “meagre”.

Legislative Council Deputy for Hamas Mushir Al-Masri said Egypt is using “Al-Qassam as a scapegoat to convince the Egyptian street” of its knowledge of what is going on in Sinai. He stressed that the resistance movement is facing only the Zionist occupation.

This is not the first blow in ties between Hamas and Egypt. In March 2014, the same court banned activities in Egypt of the Palestinian movement and confiscated the group’s offices.

Relations with Hamas have deteriorated since Morsi’s ouster. The former President is currently  involved in several trials in which he is accused of espionage for Hamas. In another case, he stands accused of escaping from Wadi El-Natrun Prison on 28 January 2011 during the opening days of the 25 January Revolution, with the help of foreigners, including members of Hamas.

Mohamed Gomaa, Palestine expert at Al-Ahram Center for Political and Strategic Studies, told Daily News Egypt that the verdict will render the “negotiating environment” harder. It will not have a substantial effect on Egypt’s role as a mediator as the “Geographical Dictatorship” entails Egypt to proceed on playing its role.

He added that attempts to marginalise the role Egypt plays between both the Palestinian and Israeli side have always failed.