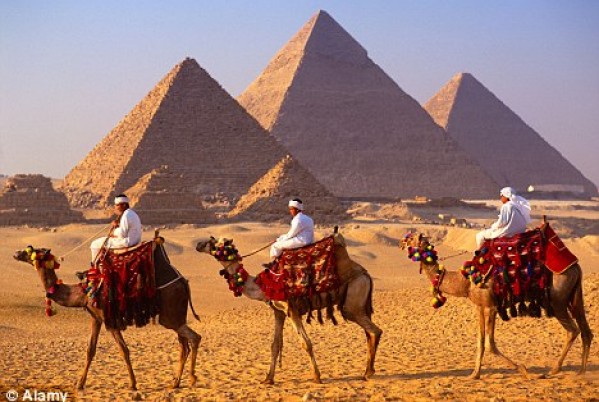 Egypt is targeting 20% growth in tourist numbers this year, rather than 10 million tourists, according to Minister of Tourism Hisham Zaazou.

In a press conference Sunday, Zaazou told Daily News Egypt that the tourism sector is moving towards recovery with the implementation of Phase III of the roadmap, referring to the upcoming parliamentary elections.

According to the Ministry of Tourism, hotel capacity in Egypt is at 225,000 rooms, 65% of which are in the Red Sea and South Sinai, while the rest are distributed between Cairo, Alexandria, Luxor, and Aswan.

Despite the growth of Egypt’s tourism income last year, Zaazou said: “This income is minimal in view of the huge tourism resources in Egypt, and the ministry seeks to get back to the same income indicators achieved in 2010, which amounted to $12.5bn.”

Further, tourist expenditure per night during last year increased from $74.3 at the beginning of the year to $81.3 at its end, according to Zaazou.

He added: “We have a plan to contract with major advertising companies to promote Egyptian tourist resorts and the different patterns of tourism for the annual cost of $40m for a period of three years.”

According to the minister, the terrorist acts that took place in North Sinai at the end of last week will have an impact, but its size cannot be predicted. However, Zaazou said they will insist on working and fighting terrorism, as well as leading Egypt to safety.

An armed forces security point suffered an attack by extremist elements from ‘State of Sinai’, the militant group formerly known as Ansar Beit Al-Maqdis, which changed its name after pledging allegiance to the Islamic State in Iraq and Al-Sham (ISIS).

The Ministry of Tourism aims to double tourism income over the next five-year period from the current $81.3 to $120 per night, according to Economic Adviser to the Minister of Tourism Adela Ragab.

Ragab believes that the tourism income growth is a strong indicator of tourism recovery in Egypt, despite the difficult circumstances Egypt is currently experiencing, especially during the second half of 2014.

Ragab further noted that the numbers of tourists in the first half turned the decline into a 54% growth, to reach a number of 10 million tourists by the end of the year.