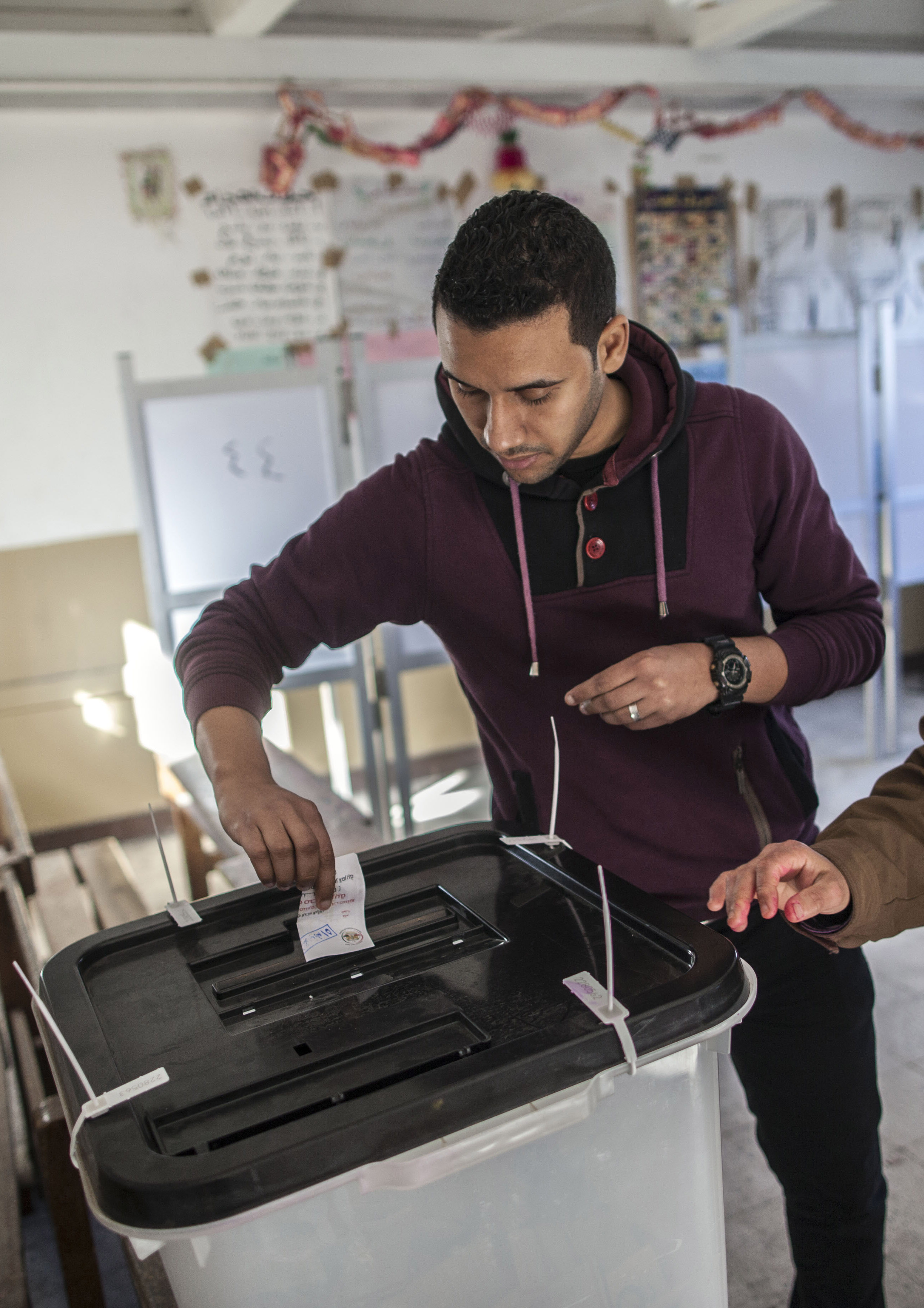 Misr Al-Qawia Party announced Wednesday that it will boycott the upcoming parliamentary elections, citing the “absence of a democratic competitive environment”.

The party stressed in a statement that it will reach out for the Egyptian people in streets and villages, and will “continue to raise awareness and demand political rights”.

Similarly, the Popular Current party, previously led by former presidential candidate Hamdeen Sabahy, remains one of the boycotting parties in the upcoming elections.

Maasoum Marzouk , leader and founding member of the party, said his party refuses to participate in “forging the people’s will,” objecting the current elections law, which they deem allows money tycoons to control the political scene.

Hamed added that he fears that if a parliament is elected it might be dissolved like the previous ones.

The party withdrew from the pro-Morsi Anti-Coup Alliance (ACA) last year, and called upon the state to reconcile with members of the Islamist current.

Al-Wasat Party shared similar views, as it asserted that the political environment in the country is biased and not suitable for practicing electoral politics. The party is yet to officially announce its position.

The party similarly withdrew from the ACA, and emphasised the need to work outside the alliance’s framework to “establish an inclusive alliance”. This would act as an umbrella to resist the current “tyrannical rule” and to achieve the goals of the 25 January Revolution.

The Al-Wafd Party coalition recently allied with Al-Taggammu, Al-Ghad and the Conference Party, which had withdrawn from the Egyptian Front Coalition. Earlier in January, Al-Wafd Party, chaired by El-Sayed El-Badawi, called on at least 19 political parties to join efforts into making one united list.

However, Mohamed Ghobashy, a former military official and now senior official at a political party named “Guards of the Nation”, said the Al-Wafd experience was not entirely successful, and “failed to unite all parties together”.

Al-Wafd’s coalition is competing against an electoral list led by former prime minister Kamal El-Ganzoury, publicly known as the pro-government group, which raised the concern of certain party leaders who met with President Abdel Fattah Al-Sisi earlier in January. Al-Sisi however told them he was not supporting El-Ganzoury’s list.

Until now only one Islamist party, Al-Nour Party, is expected to run for the upcoming parliament. It is expected to compete “for a considerable number of seats”, Salah Abdel-Maboud, a leading member in the party told Daily News Egypt.

The party, a vocal supporter of the current government, will announce the final list of its candidates, and the possibility of collaborating with other political coalitions.

Shehab Waguih, the Free Egyptians’ official media spokesperson, confirmed to Daily News Egypt that the final number of candidates the party is going to run with will be announced on 9 January, while an inside source revealed that the number could be close to 300 candidates.

That list comprises a number of former ministers; namely the former director of Egyptian General Intelligence Services Mourad Mowafi. On the other hand, a large number of political parties aim to acquire seats on that list.

Recent unconfirmed news suggested El-Ganzoury’s list could run for the elections without him, but with a replacement, so as to “remove suspicions” about ties to the government, a party member who requested anonymity said Wednesday.

The Egyptian Front Coalition will field candidates in all the individual constituencies, and as the situations stands so far, it will join the list led by El-Ganzoury.

Yasser Quora, member of the coalition’s committee and leader in the National Movement party, said the party will field 200 candidates among the coalition candidates for the individual system seats.

“We want 25 candidates from the coalition in El-Ganzoury’s list; otherwise we have prepared an alternative list of our own,” Quora explained.

Meanwhile, former Mubarak-era opposition leader Mostafa Abdel Gelil is leading the “Sahwet Misr” coalition combines the Egyptian Social Democratic Party headed by Mohamed Aboul Ghar. In addition, there is a coalition of independent candidates named the “25/30 Coalition,” and the Democratic Current Alliance, which includes most of the leftist parties, such as Al-Dostour and Al-Karama parties.