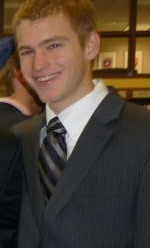 Passengers at Beirut’s International Airport huddled together to watch Hezbollah leader Hassan Nasrallah’s speech on Friday 30 January. Israel’s main prime-time telecast on Channel 2 news started its programme with extensive coverage and commentary of Nasrallah’s address. Many prominent international publications devoted whole articles analysing his speech. Despite this celebrity status and massive attention, Nasrallah’s speech was no different than that of any ordinary politician: full of pompous exaggerations, far removed from the complex reality Hezbollah currently faces.

“The resistance no longer cares about rules of engagement and we do not recognise them in confronting the enemy,” Nasrallah dramatically declared at the end of the speech. Hezbollah’s arsenal includes an astounding 100,000 rockets and 5,000 long-range missiles that can target all of Israel, according to Israeli Military Intelligence. One would assume with such advanced capabilities and if not constrained by the “rules of engagement” or informal understandings limiting the military responses of both sides, Hezbollah would inflict overwhelming damage upon Israel. Since Nasrallah believes that Hezbollah “is not deterred”, why didn’t he shoot missiles at Haifa or Ben Gurion Airport? In reality, Hezbollah is bogged down in the costly Syrian civil war with many reports saying Nasrallah has lost approximately 1,000 of his fighters—the movement’s Vietnam.

He knows that if Hezbollah launches a disproportional attack against Israel or violate the “rules of engagement”, Israel will pound Lebanon and risk the entire Syrian enterprise. In an all-out war with Israel, Hezbollah would be forced to fight massive battles on two fronts simultaneously, challenging for a regular army but even more severe for a non-state actor. But Nasrallah is unwilling to admit these inconvenient facts, and accordingly he sticks to his embellished rhetoric for domestic political purposes that ignore Hezbollah’s restrained response.

Even Nasrallah himself has admitted to the dangers of a Hezbollah miscalculation. In a startling admission after the 2006 fighting, which began with the kidnapping two Israeli soldiers, Nasrallah exclaimed: “Now if you ask me if there was a 1% chance that the kidnapping would lead to the war, would you go ahead with the kidnapping? I would say definitely not.” Furthermore, Israel pummeled Gaza last summer and in October Israel’s Chief of Staff Benny Gantz threatened that in the next war with Hezbollah “We will take Lebanon and knock it back 70 or 80 years.” Nasrallah understands violating the “rules of engagement” by launching a disproportionally harsh blow against Israel will cause strategic harm to Hezbollah.

Nasrallah demonstrates that his strike against Israel last week was a proportional response of equal measure, which means they are attempting to abide by the rules of engagement after all. He exclaimed: “They killed us in broad daylight, we kill them in broad daylight … they struck two of our vehicles, we targeted two of their vehicles.” Yet, while using somewhat similar tactics, the overall results of the two attacks were far apart. Hezbollah killed two Israeli soldiers, Israel killed six times the amount or 12 Hezbollah and Iranian officials, as reported by Reuters. In addition to the quantity disparity, the qualities of targets in these two strikes were of opposing extremes. Israel assassinated an Iranian General, a prominent Hezbollah symbol Jihad Mughniyeh and a senior Hezbollah commander Mohammad Issa. In contrast, Hezbollah killed two relatively low ranking officials who were unknown in Israel prior to the attack. Despite Nasrallah’s bold rhetoric of an equivalent reaction to the Israeli assassinations, Hezbollah’s actions showed a different picture.

During his nearly 80-minute address, Nasrallah labelled Israel a “tumor”, “terrorist state”, “hostile entity” and “bacteria of corruption”. If Israel is such a terrible sickness as Nasrallah claims, surely he would do everything within his capabilities to fight Israel. Then, why did Hezbollah only launch a one-time strike last week killing two Israeli soldiers?

Creating a straw-man argument, Nasrallah declared: “Everyone was saying that Hezbollah would not respond because of the Iranian [nuclear] talks, or [the war in] Syria. Now they know the truth.” However, Nasrallah’s statement is utterly false. Almost every respectable analyst, including Nicholas Blanford  in Lebanon’s Daily Star and Haaretz’s Amos Harel predicted Hezbollah would respond in some fashion to Israel’s embarrassing blow due to the enormity of the first Israeli strike. These analysts merely cautioned that due to Hezbollah’s challenging regional circumstances, the chances of an all-out war were not high. In contrast to Nasrallah’s aggressive rhetoric, he did not outperform the media’s expectation, but rather acted almost exactly at the restrained magnitude that they predicted.

Nasrallah assured that “the resistance in Lebanon is in its full preparation and readiness.” Was Hezbollah also “prepared” a few weeks ago by allowing a group of key officials to travel together in one small-vicinity making an Israeli strike so effective? Did Hezbollah perfect its “readiness” when Israel managed to discern in this attack the true identities of the Hezbollah leaders travelling clandestinely in civilian cars?

Al-Akhbar Editor-in-Chief and close confident of Nasrallah, Ibrahim al-Amin, wrote last Saturday: “The intelligence and military abilities of the Resistance seem to be in a state that even surpasses full theoretical readiness.” But, only six months ago, Hezbollah belatedly discovered an Israeli spy who infiltrated a top Hezbollah unit and leaked sensitive operations to Tel Aviv. Has Hezbollah forgotten this embarrassing intelligence lapse so quickly?

Possibly the strangest part of his speech was when Nasrallah engaged in wild conspiracy theories suggesting that the number of casualties on the Israeli side was “debatable”. According to Nasrallah’s logic, Israel– a country with an aggressive media scene—all joined together to reduce the amount of deaths by apparently holding secret funerals. While Hezbollah fired six advanced missiles, but only killed two Israelis, Nasrallah had to shield this relatively low success rate by claiming that the number of Israeli deaths in the attack was unclear.

Nasrallah has successfully inspired a large group of followers and admirers throughout Lebanon and the Arab world. However, his recent speech shows that clever oratory skills cannot fix Hezbollah’s difficult geo-strategic circumstances.

Aaron Magid is a graduate student at Harvard University specializing in Middle Eastern Studies. He has written articles on Middle Eastern politics for The New Republic, Al-Monitor and Haaretz. He tweets at @AaronMagid