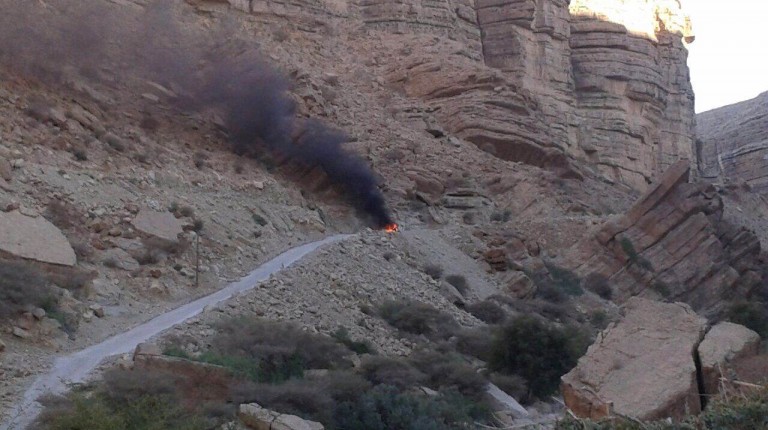 Egypt’s Foreign Ministry has expressed deep concern on the Houthi takeover in Yemen. However, in an official statement, ministry spokesperson Badr Abdelatty called on respecting the Yemenis’ will in achieving their legal democratic aspirations.

He added there should a political resolution instead of escalating the violence, to respect the National Democratic Conference outcomes and implement the Gulf initiative agreement.

On Friday, the rebel Shi’a Houthis who took over the capital Sanaa in September and occupied the presidential palace in January, announced a new constitutional declaration.

Mohamed Aly Al-Houthi, head of the revolutionary committee announced from the presidential palace in Sanaa the articles of the new declaration, effective for two years from the day of announcement.

Following the resignation of Yemeni president Mansour Abd Rabou Hadi, along with his cabinet, the declaration also announced forming a new interim government.

“This step is historic and important to fill the gaps made by the regime resignation,” said Abdel Malik Al-Houthi on Sunday, via the group’s exclusive TV channel Almasirah.

He added the constitution sets clear political standards that fit all Yemeni affiliations and the new parliament will include representative calibres, and implement the outcomes of the peace and partnership agreement.

Egyptian Foreign Minister Sameh Shoukry is reportedly raising the Yemen issue for discussion among world ministers, on the sidelines of the International Security Conference held in Munich. He is also making several phone calls on the regional level, especially with counterparts in the Gulf Cooperation Council (GCC).

As ships en route between the GCC and the Mediterranean pass through Yemen’s coastal waters, the country’s security status is crucial for several countries, especially oil importing ones. However, it has been witnessing several waves of conflict and division attempts between the north and the south.

In 2011, following the Arab Spring, Yemen witnessed mass protests that toppled its president Ali Abdullah Saleh, who ruled for 33-years, and who handed power to his vice president Hadi.

In a bid to hold the country’s several conflicting parties together, Hadi launched a forum in early 2013 called the National Dialogue Conference. It witnessed a turnout of over 500 Yemeni lawmakers, politicians and activists.

After taking over major parts of Yemen, including the capital Sanaa, which led to regime resignation, the Houthis gave political parties a time limit to reach a decision ending the current chaos. However, the parties gave the Houthi revolutionary council the mandate to run the country during the transitional period.

“I call on the entire international community to support the people’s decisions and show their support to Yemen instead of condemning its progress,” Abudil-Malik Al-Houthi added in his announcement.