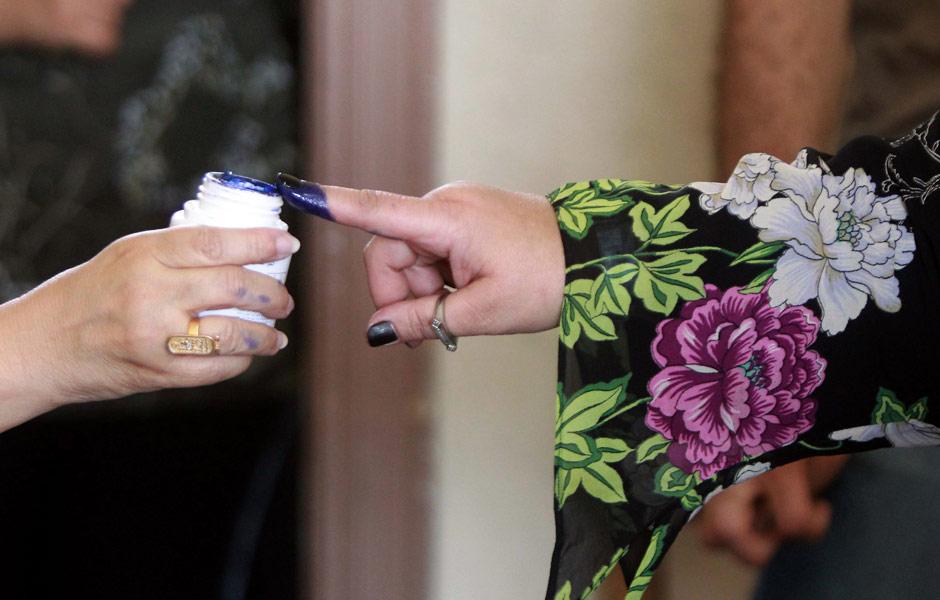 The Salafi Watan Party, liberal Al-Dostor Party, and the Socialist Popular Alliance Party have declared that they will boycott the upcoming parliamentary elections, which are expected to take place next March.

The three parties cited different reasons for the boycott.

The Watan Party, a former member of the Anti-Coup Alliance, held a press conference Saturday and declared that the party has studied different scenarios to participate in the elections and arrived at the decision to boycott.

Reasons for the boycott includes the suspension of the 2013 constitution, and the “annihilation of the democratic path”, the party said in a statement.

“A close follower of the scene will see that the current government is repressive,” the statement read.

“The government has also issued a considerable amount of repressive laws and decrees, which restricts freedoms of thinking and expression, to the extent that political participation became illegal,” the party said.

The Watan Party added that there are no guarantees that the elections will be fair; citing the absence of monitoring democratic rights organisations.

“In addition to that is the presence of media outlets which incite violence against the opposition,” it noted

“There are thousands of politicians in prison guilty of nothing but opposing the regime,” the statement added.

Similarly, Al-Dostor Party believes that the “current political environment does not encourage parties to participate in politics.”

“This was clearly evident when the government refused our demands to amend the elections law,” the party said.

Following the finalisation of the draft law regulating Egypt’s upcoming parliamentary elections, a number of political parties showed concern over the legitimacy of the vote outcome, and requested several amendments from the government.

Al-Dostor also cited the “physical violations to human rights and specially the murder of political activist Shaimaa Al-Sabbagh” and the “oppressive Protest Law” as reasons for doubting the fairness of the elections.

Al-Sabbagh’s killing stirred much controversy in the past days following eyewitness accusations that the police used excessive force in dispersing a peaceful march the Socialist Popular Alliance Party said was only heading towards Tahrir Square to put flowers and pay respect to the victims of the 25 January Revolution ahead of its fourth anniversary.

Mohamed Soliman, a member of the political bureau of Al-Dostor, said last Wednesday that “the party’s stance regarding elections was divided between the leadership in Cairo and Alexandria, as they are concerned with general polices.”

“On the other hand, our members in other governorates are more focused on local issues,” he added.“The party has exerted lots of effort to demand the reopening of the public sphere for political participation, but was met by rejection by the government”.

The Socialist Popular Alliance Party has also announced it will boycott the elections, saying that the murder of Al-Sabbagh and the other violations against citizens are the main reasons.

The party has demanded the resignation of the current minister of interior and the leader of the security force, which allegedly killed Al-Sabbagh. However, a member of the party was detained as a suspect, and was released shortly.

“When there is no differentiation between militants and peaceful protesters, between bombs and flowers, the fight against terrorism will not be organised, leading to violations and oppression,” the party said.

The upcoming parliamentary election is the third pillar of the roadmap declared by the interim government after the ouster of the president Mohamed Morsi in July 2013.

The once anti-Muslim Brotherhood-wide coalition that formed after the 30 June protests has become more diversified and scattered in a number of coalitions that aim to take the majority of seats in the anticipated parliament. This comes with the absence of the political wing of the Muslim Brotherhood, the Freedom and Justice Party (FJP), along with other popular Islamist parties.

In January 2014, Egypt’s former interim president Adly Mansour passed the elections law. The law stipulates that the House of Representatives will consist of 540 elected seats. Up to 27 more seats will be appointed by the president, setting the total at 567. Of those elected seats, 420 will be voted in on an individual basis, while the remaining 120 will adhere to the closed-list system, increasing the individual seats to 74% of parliamentary seats.