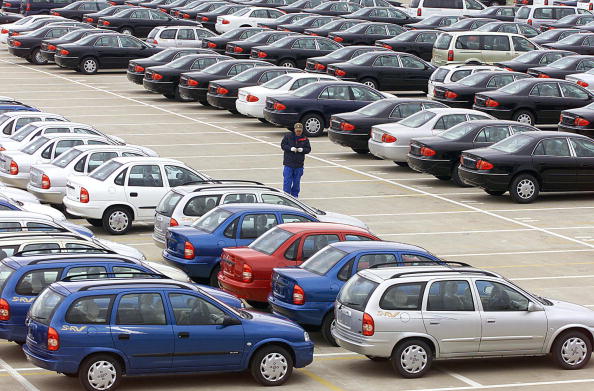 The Egyptian automotive sector face a challenging year in 2015. The challenge began from the first day, as a problem of a new kind related to customs appeared on the scene, an issue unaddressed by the sector for years. For the past ten years, it has remained a quiet issue, and there were no obstacles or heated complaints that would cause major concern to the Egyptian Customs Authority (ECA).

The beginning was when the government announced, during former president Mohamed Morsi’s rule, some amendments to the customs sector. The amendments relied on indicative prices to determine smuggling and fraud faced by the government from importers. However, the decision was never applied properly and did not have any specific controls, resulting in its postponement.

With the current events in the country, there was serious consideration to bring this decision back into effect, and it was enforced at the beginning of 2015 by the Ministry of Finance, and executed by the ECA.

With this step, problems began to appear, and conflicts broke out between the ECA and companies, especially ones that imported during the first days of this year.  In every aspect, and regardless of the type of importing company or product imported, all are equal under the new law and the indicative prices.

The situation did not differ greatly in the automotive sector, and this sector became the most affluent. Many companies were denied access to their cars unless they abided by the new regulations and new prices set by the authority. These sometimes exceeded a 50% increase compared to the price offered by the importer, which led to the outbreak of numerous disagreements between the authority and the agents. The intensity of these increased to the extent that some companies threatened to resort to legal proceedings against the ECA and the Ministry of Finance. Meanwhile some threatened to halt investments and exit the Egyptian market. Other companies refused to submit to the laws, leaving their cars in the trust of the authority in order to resolve this issue.

The Ministry of Ministry of Trade and Industry considered the measures taken by the ECA towards working with the indicative prices a viable procedure. The application does not contradict the rules and regulations of the trade agreements Egypt signed with the European Union.

First Undersecretary of Trade Agreement Sector at the Ministry of Trade and Industry Saied Abdallah said the only way indicative prices can be set is through the ECA. This would be applied in two ways: the first is through application of Article 7 of the GATT Agreement regarding customs evaluation. Abdallah added that this agreement gives the customs authority the right to re-evaluate and re-price the imported goods according to what it deems necessary.

The agreement on customs evaluation encourages the authority to set the value according to the price paid by the importer, through an invoice that would be evaluated by the authority. The ECA also has the right to reject the price on the invoice when there are reasons for suspicion regarding the credibility of the exact value an importer has announced, or regarding the documents presented by the importer.

In order to protect consumers’ interests in such trades, the authorities must give them a chance to explain, either through communications or through an interview. If the authority is not convinced, it will inform importers via written statement as to why it rejected the trade value announced by the importer.

Abdallah pointed out that the agreement states that ECA has the right to set the customs’ value, when the trade is rejected, using six methods. When the value has been set using these methods, the authority has to consult with importers and take their opinion into consideration.

The second way in which indicative prices would be set by the customs authority is through commercial representative offices outside Egypt, to inquire about the car price in the country of origin. Accordingly, shipment and transportation costs will be added in order to register the car cost for its agent in Egypt before paying customs.

The Finance Ministry affirmed that ECA’s method of changing prices and working as per the indicative prices of imported goods aimed primarily to protect the national industry, boosting its competitiveness with rival importers, and fighting smuggles and manipulation of import documents as well as invoices. This was stated during a meeting between officials of the Ministry of Finance and representatives from the Federation of Egyptian Industries.

The ministry stated that they would not go back on the decision of protecting Egyptian industries, and that the current work to amend indicative lists aims to impose regulations that would guarantee subsidies for small and medium-sized projects. This also includes projects that face intentional dumping of poor goods , diminishing all chances for these industries to develop and forcing many national factories to shut down, resulting in major layoffs of manpower.

The ministry added that the persistence of many usufructuaries will not prevent it from supporting and protecting the national economy, and it remains committed to the GATT. However, real prices of imported goods must be estimated in order to avoid dumping.

ECA head Magdy Abdel Aziz confirmed that over 90% of companies importing cars give fake prices, sometimes amounting to more than 50% less than the real prices in the importing country.

Abdel Aziz affirmed that this decision was not arbitrary, as some claim.

“At first, a fact-finding committee was established to look into the invoices and we felt that they were fake. Accordingly, we sent a letter to the commercial representative offices in the exporter countries stating that these invoices had fake prices,” said Abdel Aziz. “A response was received saying that these prices were real and were offered by the mother company.”

After some investigations, Abdel Aziz confirmed that there have been some manipulations by international companies and their representatives in Egypt, and accordingly they sent another letter to the commercial representative offices with the real prices and demanded that they give the prices offered in the country of origin.

Once the authority received a response from these offices, they re-calculated the prices and lowered customs and tax values imposed by the country of origin on these cars, as well as shipment and transportation costs. Then, indicative prices were declared as per the law and international agreements. After these calculations, the price difference amounted to more than 40% of the price in the importer’s invoice. This led to halting delivery proceedings in customs.

“We demanded recalculating the bills, according to law, and had a meeting with importers. Some of them positively responded while others refused these procedures and communicated with different bodies in order to push us to cancel this decision,” said Abdel Aziz

Abdel Aziz noted that they reviewed and responded to all of the companies’ complaints, according to the law.

“We work according to legal rules and procedures determined by international conventions, and anyone willing to discuss any of the procedures is welcomed to come. If they have rights they will immediately get them,” added Abdel Aziz.

On the other hand, discontent and confusion pervade all automotive companies. Some companies claim that ECA’s position is strange and does not walk in the same line with the economic amendments the government is currently making.

Further, a comparison between the announced prices on company’s websites with the indicative prices suggest that they are the same or similar.

Regarding the legal position, there is already a complaint from the German companies to the German Chamber asking it to interfere and protect these companies’ investments from conflict and sudden laws the government uses against the companies. This step came after German companies breached the system and the indicative prices’ law.