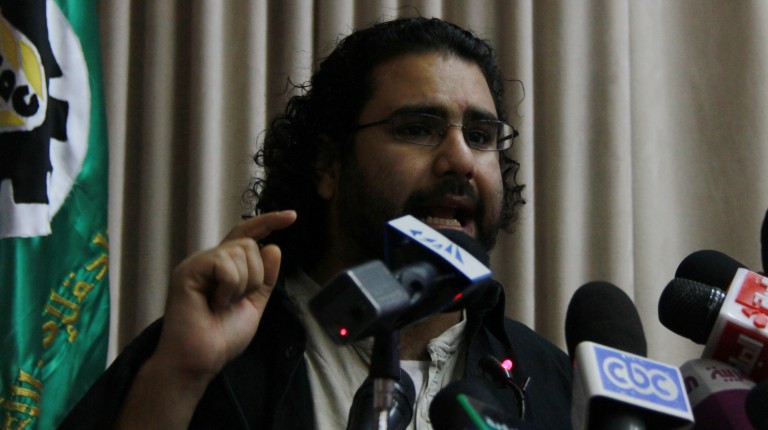 The Cairo Criminal Court postponed Monday the trial session of activist Alaa Abdel Fattah and 24 other defendants in the “Shura Council Trial” to 12 February for “security reasons”.

All 25 defendants, including Alaa Abdel Fattah, had been arrested during the dispersal of a  demonstration in front of the Shura Council on 26 November 2011. They had been protesting against an article in the then draft constitution which would allow for the military trial of civilians.

The defendants stand accused of violating the Protest Law, issued by then-interim president Adly Mansour in November 2013. They also stand accused of “thuggery”, acquiring weapons during the protest, blocking roads, and attacking a police officer and stealing his radio.

Accordingly, all 25 defendants were sentenced in absentia last June to 15 years in prison. They were also handed an EGP 100,000 fine and put under surveillance for a period of five years.  Later that month, after the initial conviction, the defendants were granted a retrial.

Abdel Fattah has been on hunger strike for more than 90 days in protest against the charges.